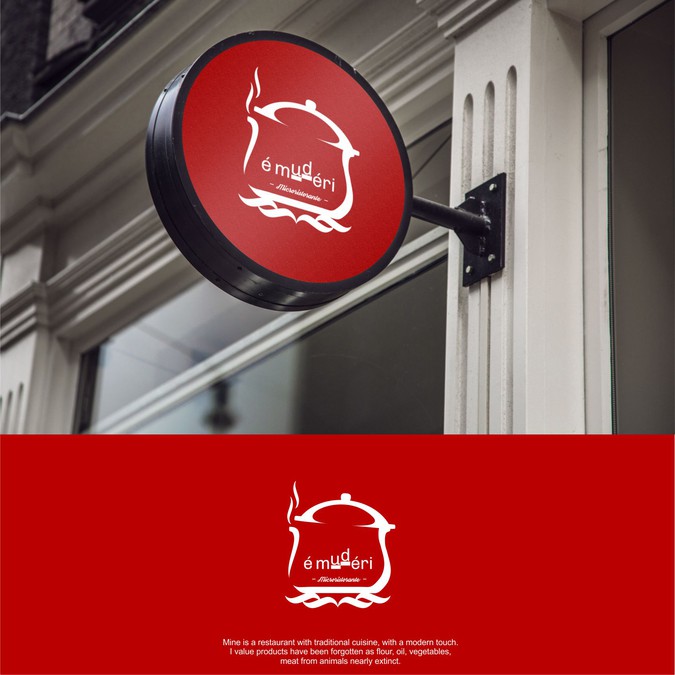 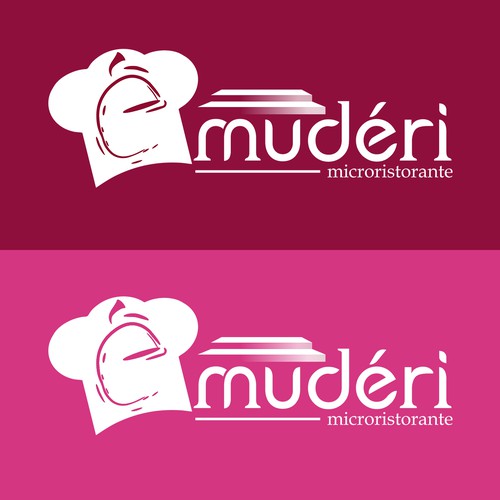 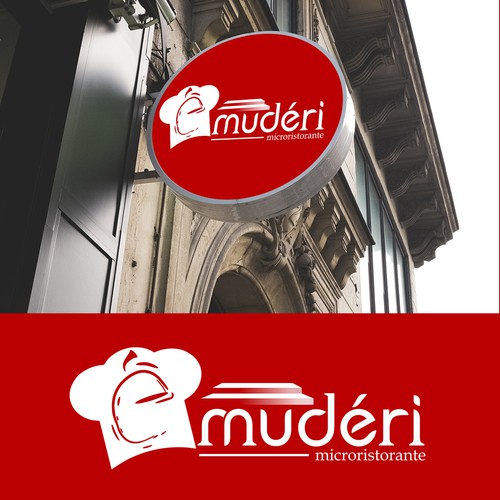 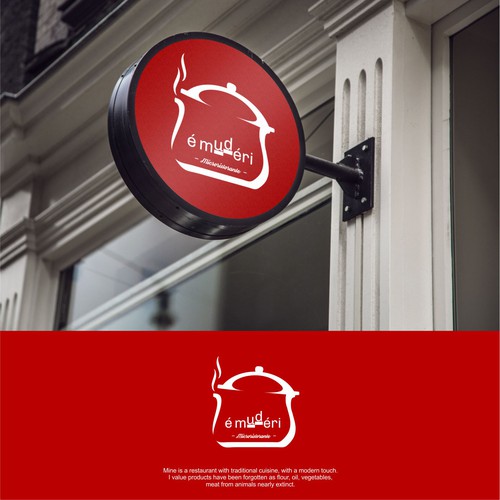 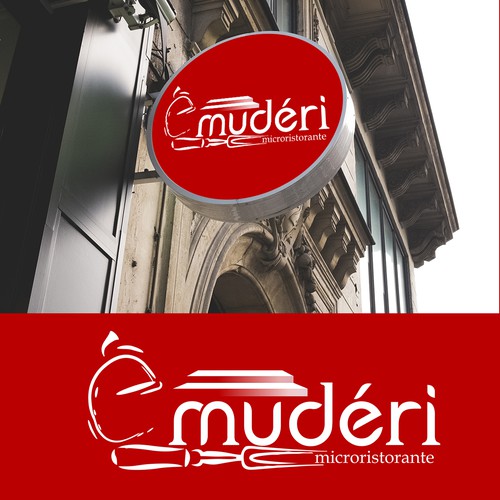 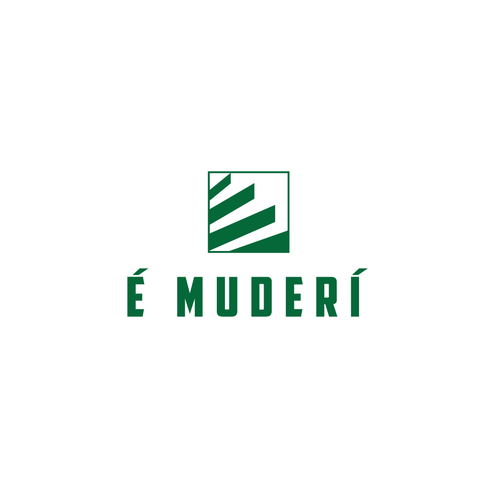 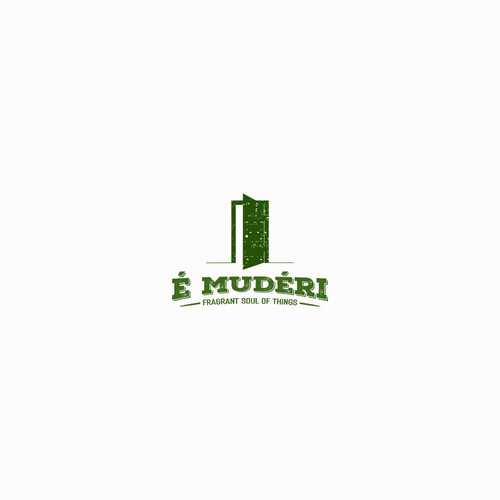 Mine is a restaurant with traditional cuisine, with a modern touch. I value products have been forgotten as flour, oil, vegetables, meat from animals nearly extinct. The customer to whom I turn is a person who is willing to spend to have an excellent quality and to live an emotion that brings it back to smell, taste, touch and observe as he did as a child.

The house, for those who live there, is "the world"; the walls separating it from an "outside" that can then symbolically represent "another world", a different dimension. The roof divides the daily and domestic sphere from the sky, from the universe of the transcendent, the mysterious and the supernatural.
The threshold is at the same time the border and transit point between the two worlds (the step that almost always there is place is called in the local dialect "é mudéri", from the verb “mudé”, "change", "mutate": surpassing it incoming or outgoing will " change dimension", it operates the passage into another world).
A place is full of meanings and therefore of symbolic value when the man it conceptually trace the center and the thresholds when it defines an inside and an outside, when it marks its boundaries.
If this place is home, this process is even more immediate and important. All the existential experience of men is summarized semantically in the rural home and at crucial points of example, and gestures that there are accomplished. If the inside is the material and the known world, the family, the outside is the unknown, the transcendental.
The food has lost its symbolic communication value, mute and underground alphabet, entrusted to the senses of taste and smell that lead deep, fragrant soul of things.
Eating has never been only feed themselves, cooking has never been only prepare the food.
The passage from an external to an internal, from a natural to a cultural, requires a ritual.

Clever Supplier logo
USD 799
Clever supplier aggregates suppliers Bids and provides a best in class administration tool for small businesses to get m
165
entries
60
diseñadores
design a timeless logo Blanco event and meeting center
299 US$
Blanco is an event center for corporate meetings, weddings and private parties. Blanco brings people together for memori
46
entries
19
diseñadores
Create a powerful logo to end chef suiside
AUD 399
An organisation to raise awareness and offer support to hospitality workers who suffer from drug, alcohol and mental hea
54
entries
10
diseñadores
Resurgence
899 $US
We are the Pizza Hut Franchise Holder's association and this logo would be our annual conference logo for Pizza Hut fran
126
entries
37
designer graphistes
Create a fun logo for a laid back Cajun restaurant in a beach atmosphere
499 $US
Laid back Cajun style restaurant in a beach atmosphere.
67
entries
14
designer graphistes
Creative Logo needed for rugged coal miner themed Micro Brewery.
299 $
We are a micro brewery that serves beer and food. (burgers and vegan) We are in the heart of an old coal mining town.
109
entries
36
Designer

Comienza ahora
Restaurant Logo for South Indian Cuisine & Bar
269 €
Gully Point is a fun, funky-theme restaurant and sports bar, serving South Indian cuisine. The name is from cricket, a s
26
entries
14
diseñadores
Seeking an AMAZING designer to help me create a LOGO for new vegan fast-food RESTAURANT!!!!!
299 $US
I'm starting a fast-food restaurant that sells plant-based entrees such a greasy burgers, authentic burritos , nachos &
59
entries
22
designer graphistes
Upper West Side-style new restaurant "Madison" needs a logo!
USD 299
New concept Fine Dining restaurant located in capital area of Finland. The brand is "Upper West Side Manhattan", modern
124
entries
43
diseñadores
restaurant needs new logo
US$299
restaurant and bar
38
entries
20
diseñadores
PRIME 120 steakhouse is looking for a classy design that oozes elegance and class!!
US$ 299
this is a steakhouse with an elegant feel. well heeled clientele, and business people drinking expensive cocktails and
177
entries
44
designers
Cafe Besos (for kisses in spanish) needs a sweet little logo to capture the crowd. A play on kisses or essence of arabia
CA$ 399
It is a beautiful little cafe for food, nice cocktails, wine and of course coffee. A modern take on a salon in old paris
158
entries
50
Designer