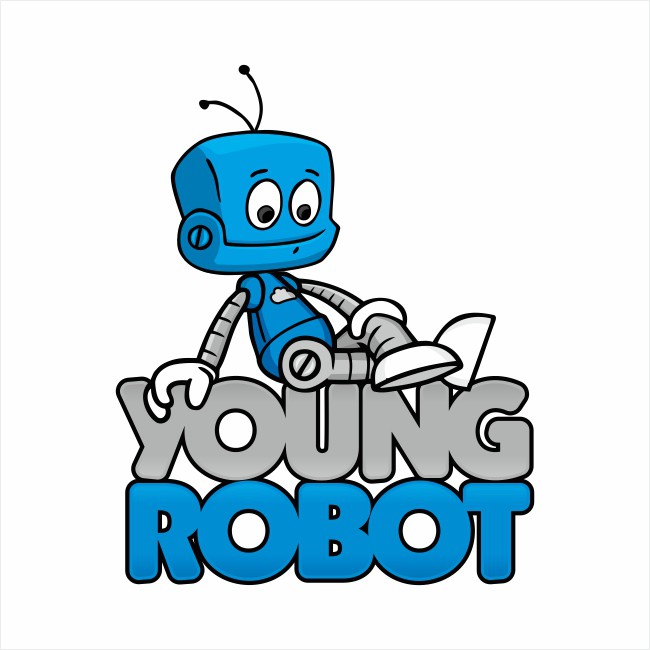 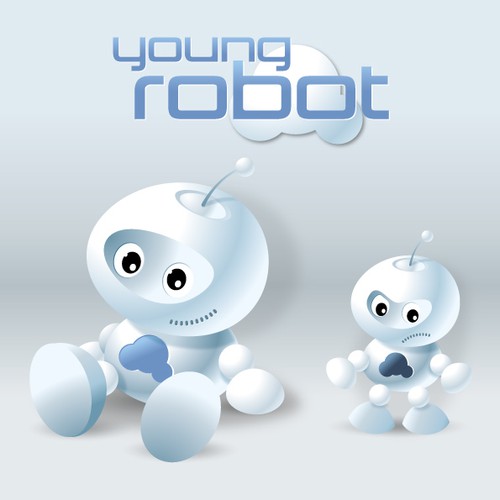 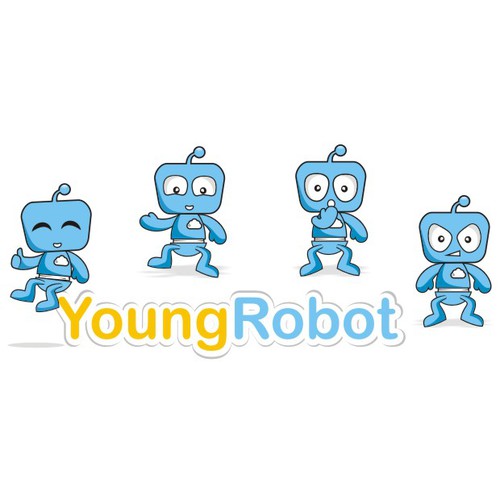 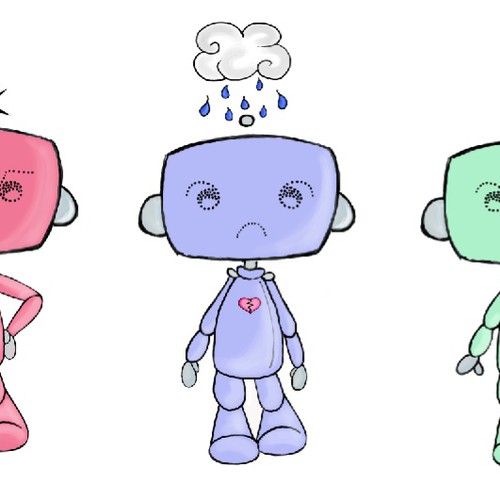 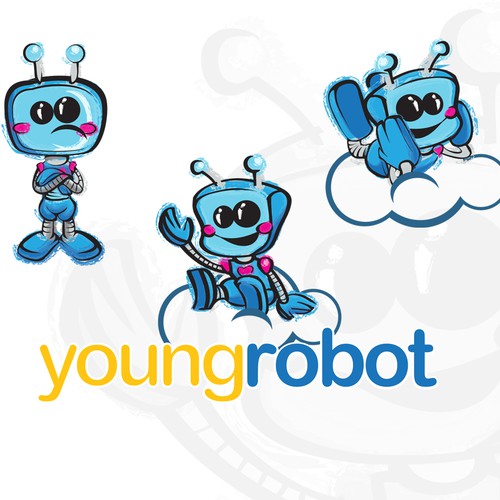 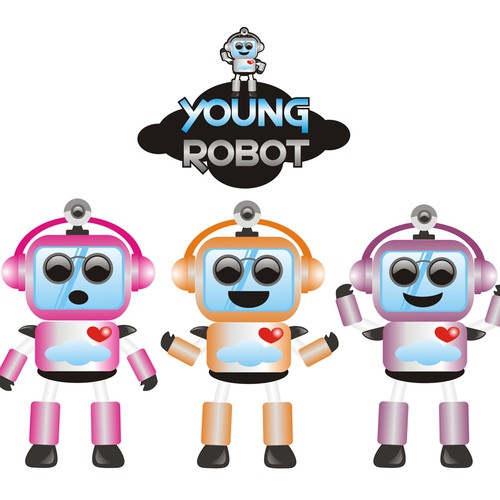 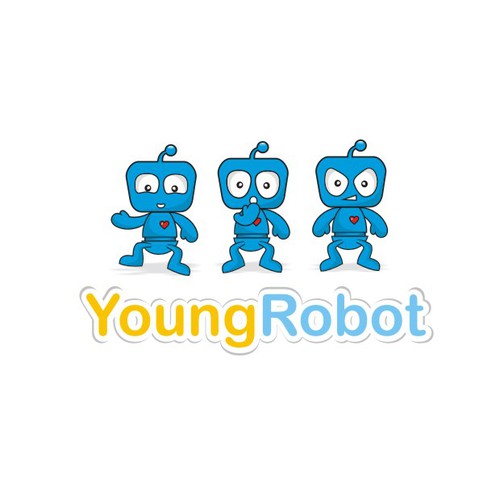 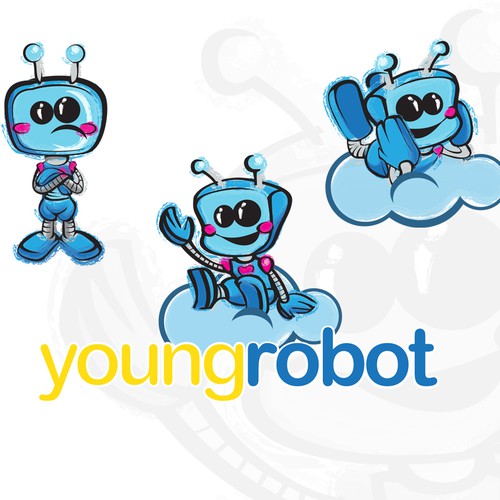 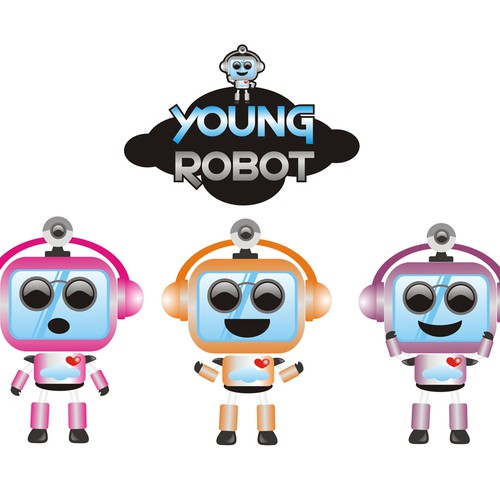 Young Robot is a cloud computing company delivering hosted desktop solutions to small and medium business. Hosted Desktops are computing resources that you can logon to anywhere on any device (PC, Laptop, iPad, Cellphone) and get access to the same desktop, applications and data with the same user experience. We charge a low price per user per month for this service.

I would like to communicate a fun, cute, playful image. I am ideally looking for quite a simple looking young robot that I envision having a "sketched" look/feel? I would ideally like the same artist to redraw the same robot in a number of different "poses" with various facial expressions to communicate a number of emotions: http://en.wikipedia.org/wiki/List_of_emotions

The robot is most likely to be named "Skye" - I like the idea of the simplicity, but I would like the character to look quite emotionally animated, perhaps 3D? Not sure? I like the expressions and poses of a lot of these robots: http://www.flickr.com/photos/sleepy…035044737/

Another potential consideration is that the head could potentially be almost like a TV screen or Computer monitor with a face? Not too dissimilar to telebugs: http://zudobug.ababcrab.com/telebug…ebugs.html

It's a difficult image I'm trying to portray, because it needs to look fun, but also trustworthy, dependable, reliable and knowledgeable. I want to avoid anything that's too "over simple" such as Awesome-o: http://kingsolomonyc.files.wordpres…meo5to.gif

Please feel free to ask me any questions, I look forward to seeing your ideas :)

Quirky software company is looking for a logo with a sense of humor
US$ 499
We spend more time than we usually care to admit gingerly crafting software with a sense of humor. We create quirky
155
entries
35
designers
We make software engineers more productive, and we need a logo!
US$299
Engineering Productivity Research is a team within Google that combines engineering and UX research approaches to better
60
entries
14
diseñadores
Design an awesome logo for this eDNA - Data Science Consultancy
389 AU$
Employee focussed Data Science consultancy. Focussed on corporate organisations, primarily within information technology
55
entries
17
Designer
Logo Redesign for SaaS Development Agency
389 CA$
Audience - IT Managers and modern desktop administrators Business Big Hat Group is the duo of Kevin Kaminski and Mart
176
entries
30
designers
Vega Genius — Your Programming Partner
US$ 299
All programming services
297
entries
35
designers
Design Netflix's Gateway Logo; Zuul a popular open source software that runs Netflix's edge!
499 US$
The product, Zuul, is a very popular open source project from Netflix. The product is the "Gatekeeper" and traffic ma
194
entries
53
diseñadores

Comienza ahora
Create a geeky logo for a tech blog
US$ 299
We write detailed tech tips and guides to help non-tech-savvy users solve specific problems related to their computers a
115
entries
23
designers
Can you design a logo that will CRUSH the competition?
USD 299
We're a sales training company who helps contractors
94
entries
14
diseñadores
A cool Purple team logo for a joint team of hackers and defenders
EUR 269
It is a logo for a team of hackers (Red team) and defenders (Blue team) combined; They are the Purple team. We educat
114
entries
43
diseñadores
Design a logo for The Ohio State University Cyber Security Club
299 $
We are looking for a Pictorial or Abstract logo for the Ohio State University Cyber Security Club. The official "working
21
entries
9
Designer
Design a Certified Secure Seal
US$ 299
The graphic represents a "seal", "stamp", "award", or "sticker that would be applied to a product to indicates it's secu
111
entries
26
designers
Clean modern logo for cybersecurity consulting company
299 US$
Cybersecurity consulting services Target audience is small business and government
142
entries
39
diseñadores