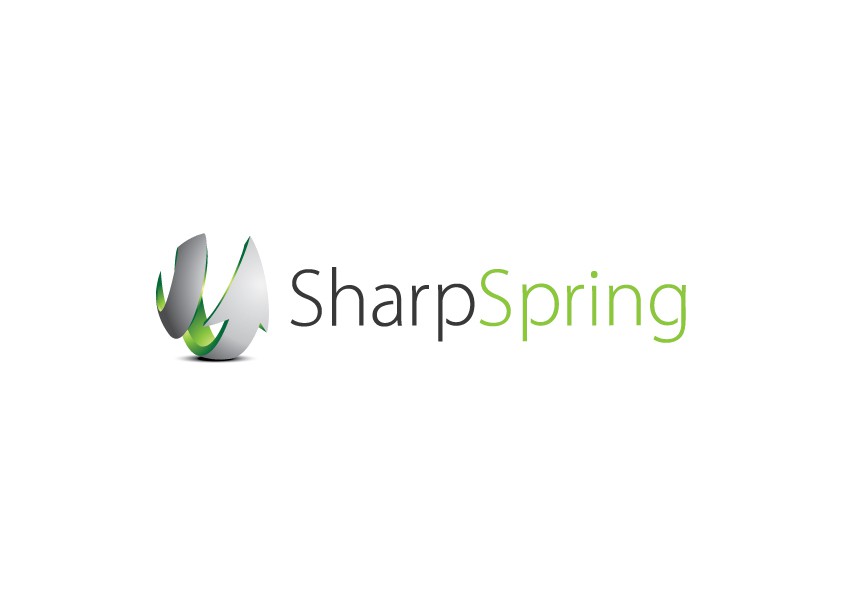 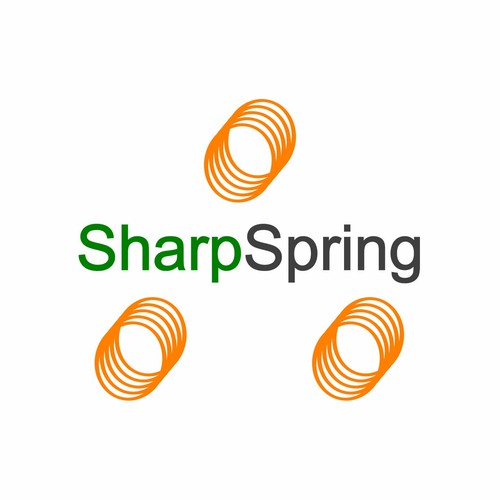 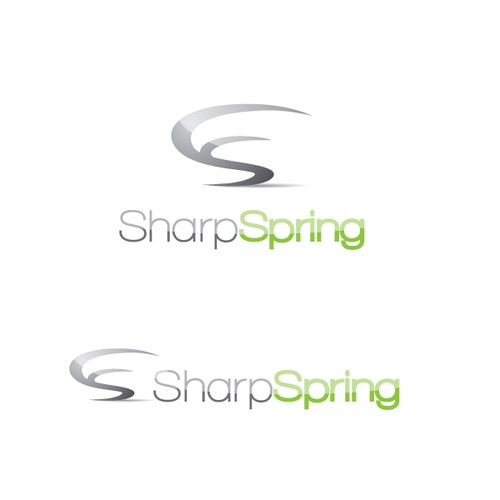 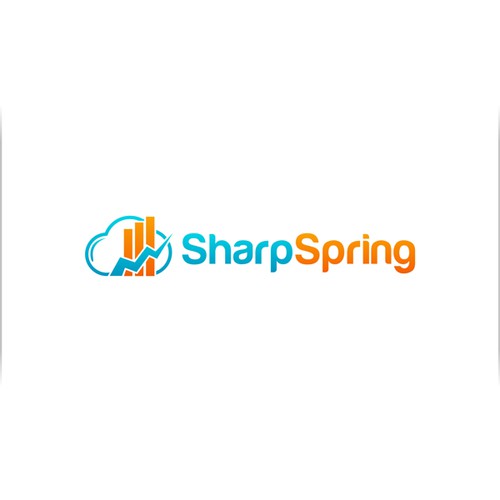 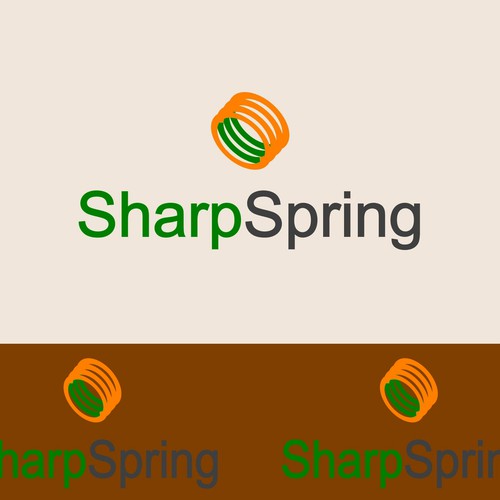 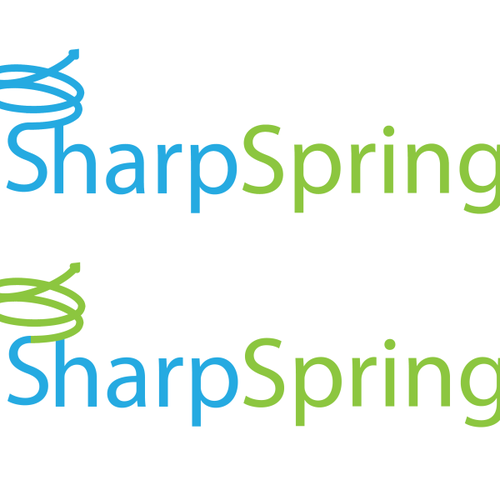 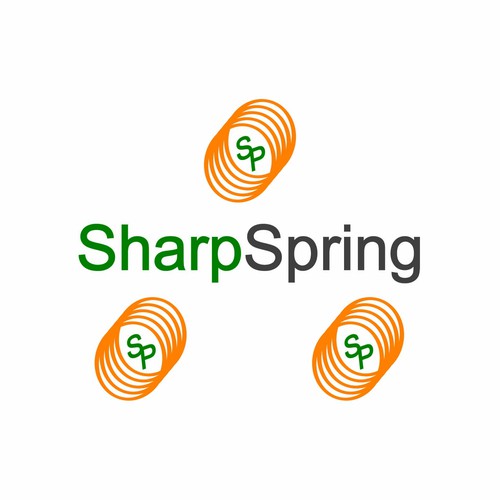 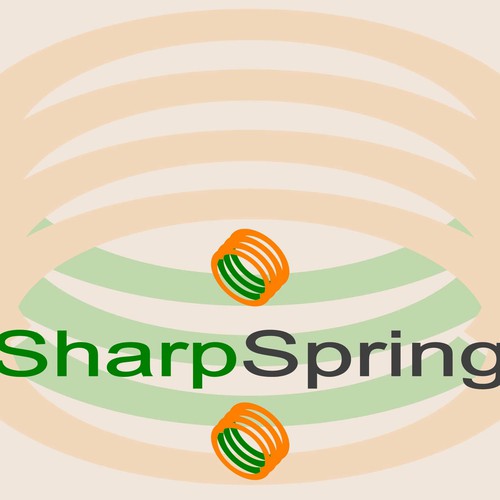 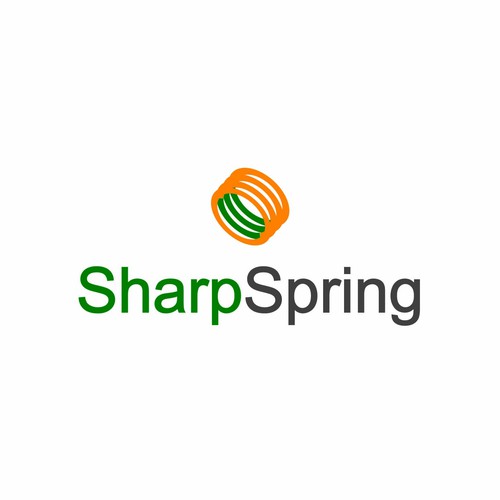 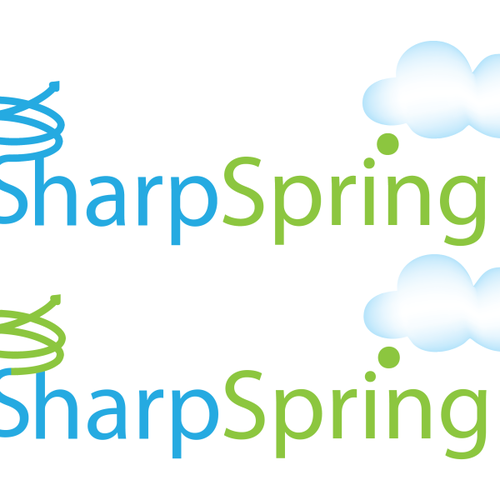 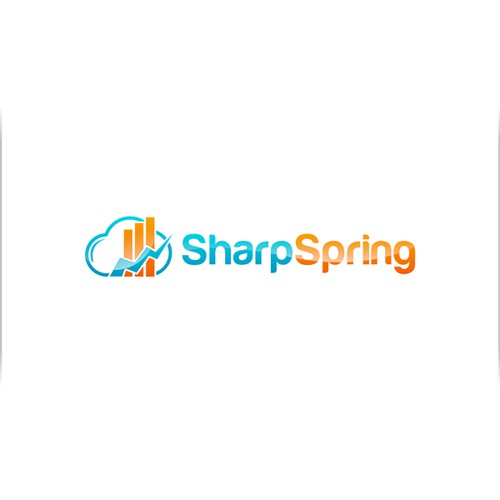 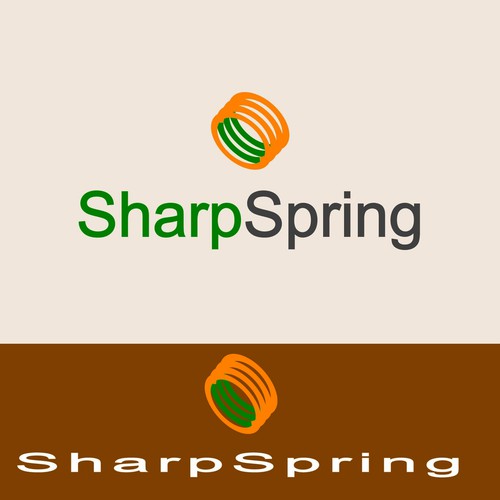 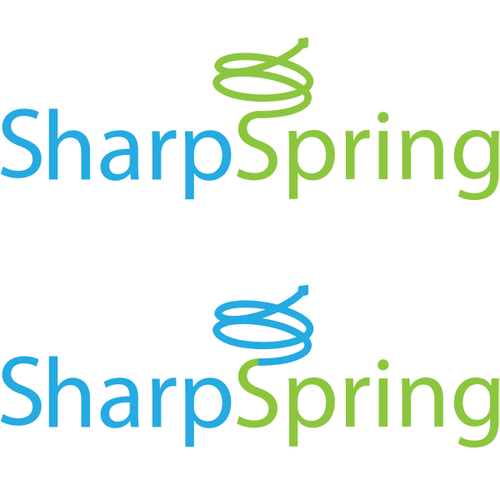 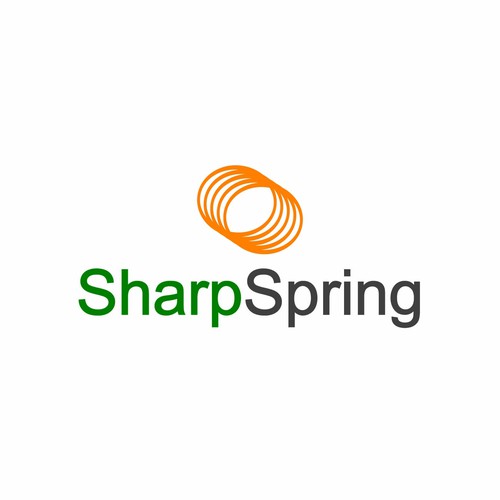 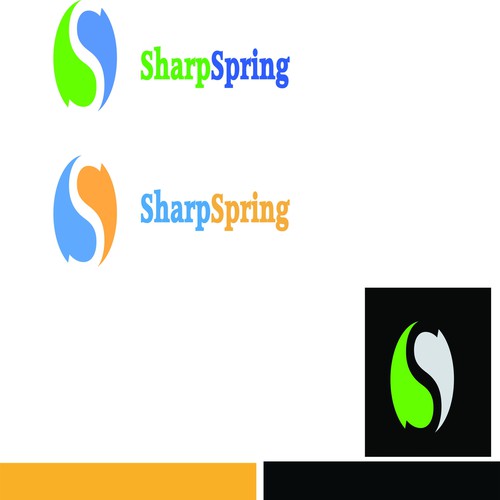 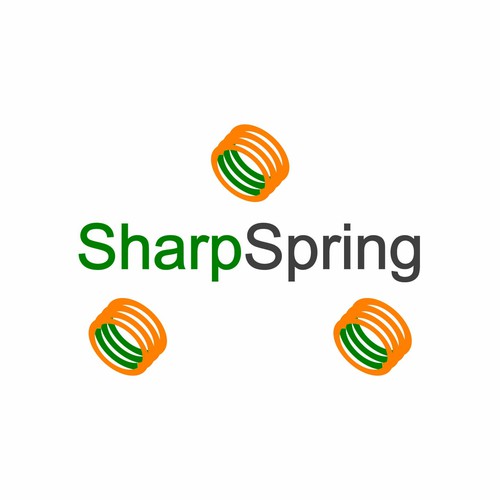 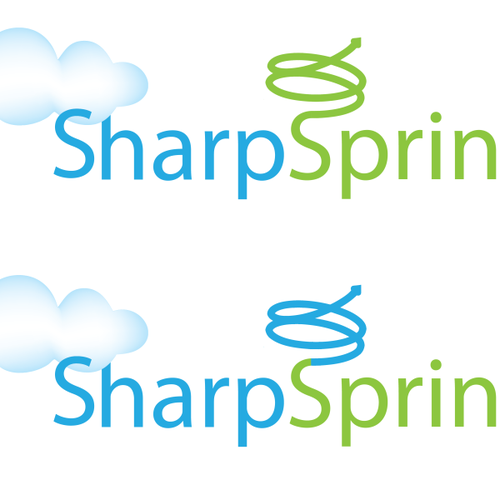 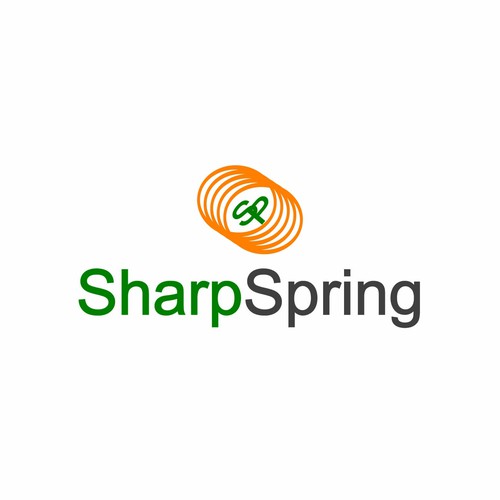 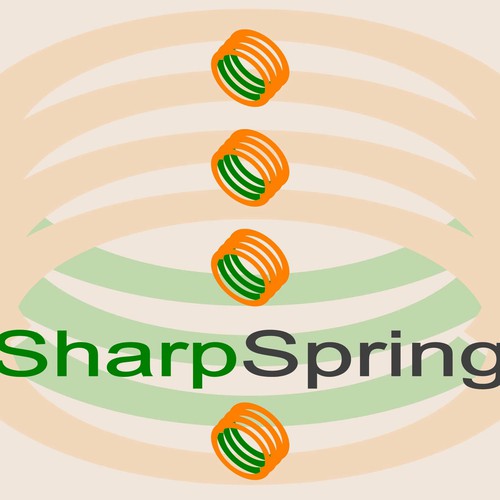 We provide software as service, that optimizes the sale process, enabling companies to convert leads into sales and achieve new levels of profitability.

We are a technology company that delivers software-as-a-service (SaaS). As such, we are looking for CLEAN, MODERN design. Think Apple, Oracle, and Herman Miller.

We already have a general concept, but are open to others. The company is called SharpSpring, and we have a product line called Springboard. Both the company and product are focused on increasing sales by optimizing the sales process. In this sense, the "sharp" is meant to be symbolic of the intelligence and analytical nature of the product, which enables companies to focus on the metrics that matter. The spring, is meant to representative of our ability to propel a business forward.

As such, we are thinking the sharp spring logo could be a spring of some sort, set at a 45 degree angle left-to-right. In order to visualize, we have talked about the trail of a stunt plane flying from the ground, up at a 45 while doing a corkscrew, then straightening out (still moving upward).

Conceptually this type of thing would represent revenues increasing as plotted on a graph. To be clear, I am not asking for a graph to be included in the logo, though I am not opposed to it either.

Finally, SaaS (as defined above) is often used interchangeable with "cloud", so it is correct to say we have a service that is delivered via "the cloud". As such, it might be nice to incorporate a cloud as per the example of salesforce.com

Design a hip/cool logo for SquirrellyCat.io data manipulation and workflow automation platform
US$ 799
Software and Cloud-Based system for data manipulation and distributed workflow automation.
63
entries
29
designers
Hackathon Logo
299 CHF
Hack Winterthur is a hackathon (https://en.wikipedia.org/wiki/Hackathon). 100 people will participate in the three-da
65
entries
12
designer graphistes
Create a logo for Liquidata Inc. We add liquidity to data markets.
799 USD
We want to build an online marketplace for large datasets. We want to add liquidity to the data market, hence the compan
64
entries
34
designer
Create a geeky logo for a tech blog
299 $US
We write detailed tech tips and guides to help non-tech-savvy users solve specific problems related to their computers a
115
entries
23
designer graphistes
Can you design a logo that will CRUSH the competition?
$299
We're a sales training company who helps contractors
94
entries
14
デザイナー数
Association needs a new powerful logo that will capture attention
US$ 350
The association educates management and maintenance in property management as it relates to laws and legislation. we al
58
entries
12
diseñadores

Comienza ahora
PORTAL logo. Nexus Digital Marketing
299 USD
Digital marketing agency.
55
entries
9
designer
Design a creative logo if you can
$299
We carry all professional mechanical keyboard commercial brand around world and in the long term, we might carry non mec
93
entries
21
デザイナー数
Create an extraordinary logo for a new software company
USD 325
High end, innovative software company. We focus on the craftmanship of software development. Keywords: Freedom, innovat
551
entries
123
designer
IT Consultant needs a new logo
US$ 299
We are an IT Consulting company, selling managed services, security cameras, VOIP phones and network cabling. Target au
197
entries
25
diseñadores
Design a clean, modern logo to make Logos Networks the best-looking IT consulting company
US$ 299
We are an IT consulting company that builds routers and other network equipment, as well as performs network design and
109
entries
41
designers
Design new logo for diverse technology company
299 $
We are a diverse, technology focused portfolio company with ventures in digital publishing, SaaS services, online retail
132
entries
25
Designer