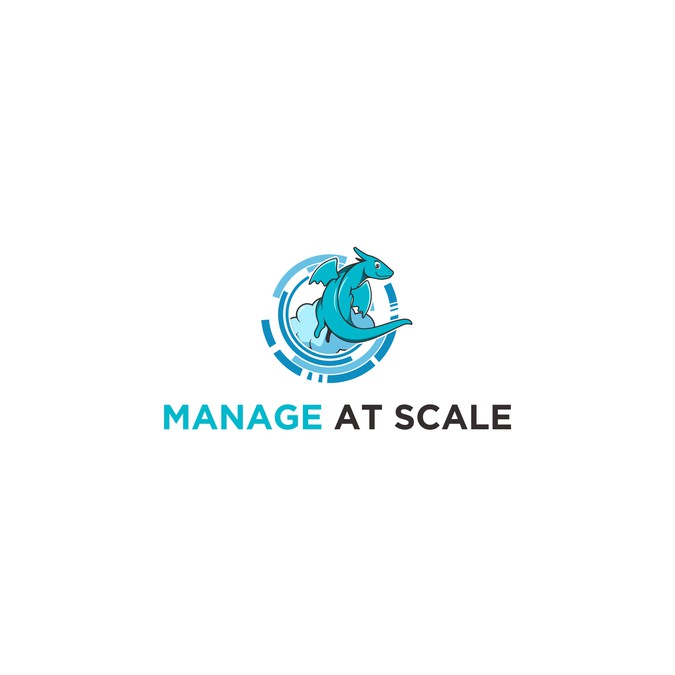 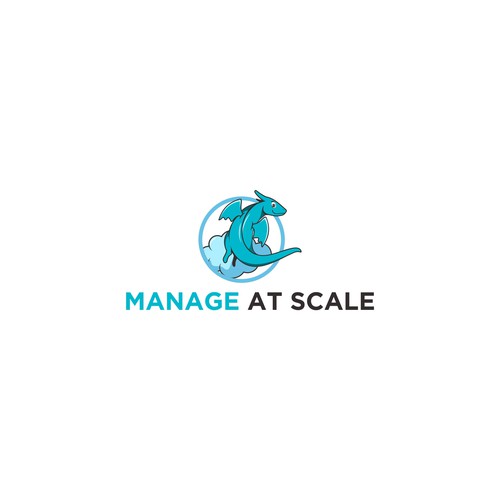 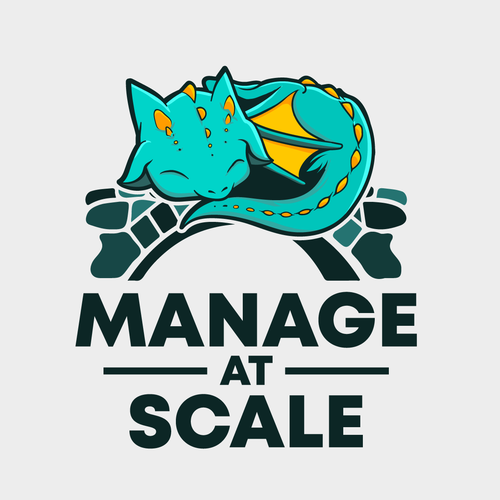 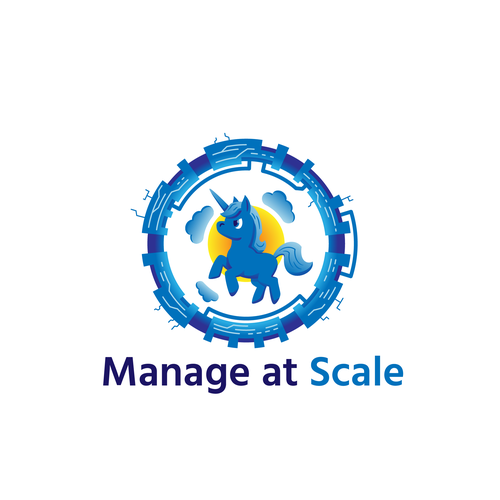 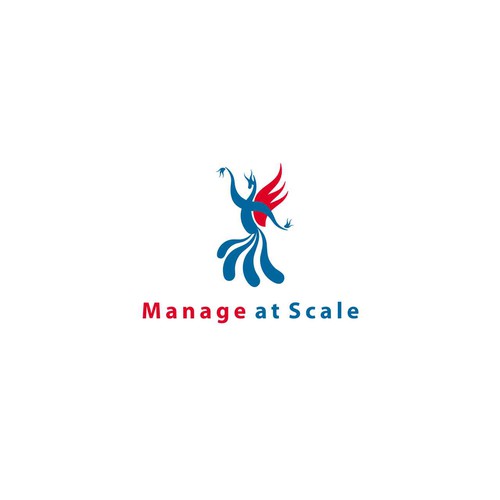 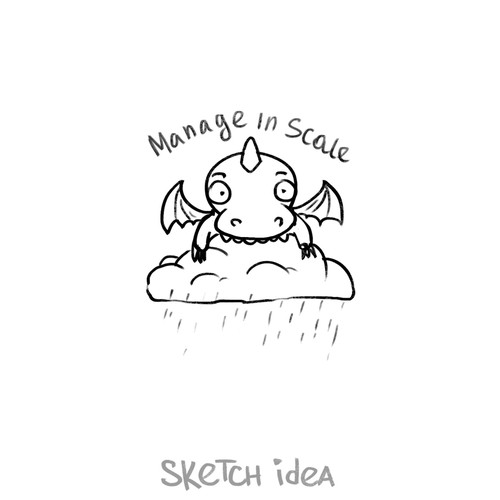 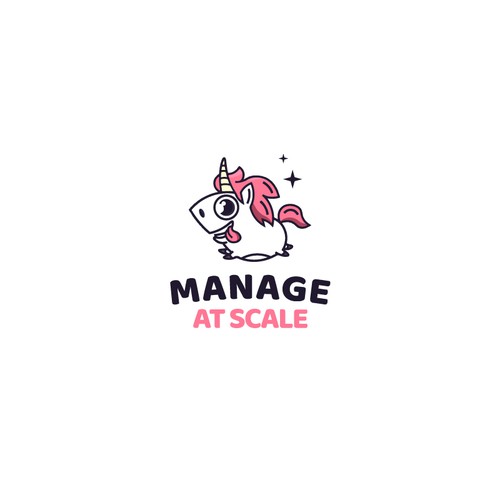 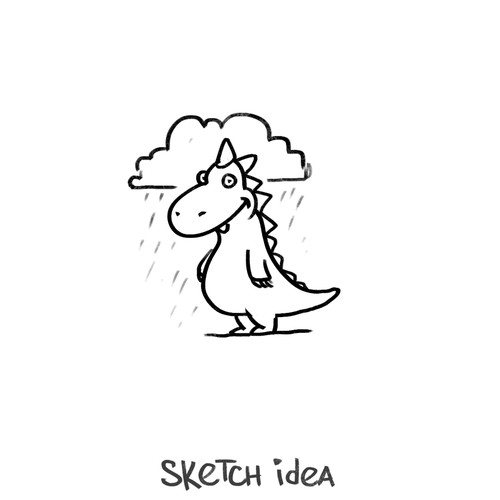 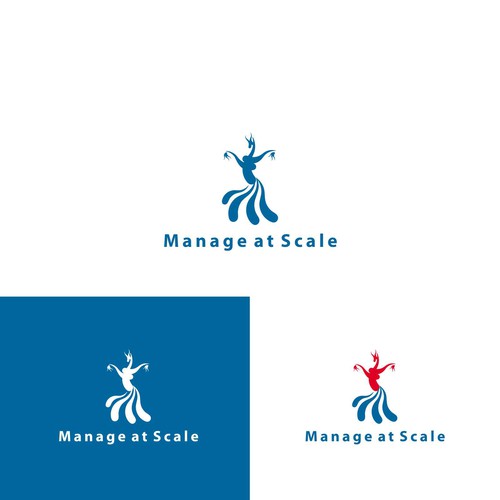 We're a cloud technology team that manages digital/virtual infrastructure. Phew, what does that mean? Think of roads, railways, and bridges in the real world. We build the tools to manage and maintain the digital highways, data railways, and herd many computers in the cloud.

Our team members are often referred to as unicorns. The dragon is also a symbol we use very frequently and that our customers recognize quickly.

We like to think big and large scale! So when we brainstormed ideas for this contest we thought of a dyson sphere (see wikipedia) as a mega-structure which harvest energy from a nearby star for the cloud.

A cloud is always a good thing to incorporate into the logo but we do not insist in it. Depicting intangible infrastructure is something we struggle with and hope you talented designers out there will help us with.

We also have a pony from a popular TV series which appears occasionally in our graphics. It may or may not be a nice touch if copyright allows it.

Clouds sometimes rain. Maybe something with rain or a firehose does make sense?

We could also make fun of the word "scale" and have an actual scale (something used to define the weight). It can be confusing, though.

A ponys, a dragons, or a unicorn in space or in the clouds is also worth considering. If you can make infrastructure be part of it somehow, that would be really great.

Mythic - legendary beasts, gods, and weapons for an open source, offensive tool
299 $US
Mythic is a customizable, open source, command and control framework that allows users to champion their custom agents (
94
entries
19
designer graphistes
Modern logo for an innovative copy shop software
EUR 449
The French company Antesis has been creating, developing and marketing a wide range of high quality software solutions d
80
entries
18
diseñadores
Logo for a series of design thinking workshops for innovative co-creation with customers
€ 269
We are branding a company initiative where we co-create innovative solutions together with customers. Dojo expresses the
75
entries
23
designers
Gears and cougars logo for a software company
AU$ 399
Kuggar is a software technology company that is developing software for automation of repetitive office operations. Targ
320
entries
49
designers
Strong clean logo for software engineering consultancy
239 GBP
DeveXe is an IT consultancy with specialisms in Scala and Java programming and data processing with XML and Linked Data
111
entries
31
diseñadores
Design a fun and quirky logo for a SaaS startup
EUR 269
We are a software-as-a-service company with a product that helps developers keep their code in good order. We don't want
81
entries
44
diseñadores

Comienza ahora
Blockchain brand to protect consumer data
1.599 AU$
The Redbelly Network is a blockchain network that provides high speed smart contracts to facilitate people owning and co
181
entries
61
Designer
Logo to save the climate and work outside with your laptop?
$399
The product is a visor for your computer or tablet that lets you see your screen outside perfectly with no glare, as if
66
entries
18
デザイナー数
Amazing logo, Youtube, and Twitter background needed for tech channel
699 USD
We produce tutorial, educational, and new technology coverage video tutorials for Youtube. These videos specifically cov
117
entries
20
designer
Design hacker themed logo for web based training environment
US$ 299
HackITPro is an online platform that gives IT professionals the ability to test their network penetration skills in a si
88
entries
32
designers
Design an Online Course Cover
$ 659
I produce online videos teaching people how to code. My website is http://www.codewithmosh.com
150
entries
27
Designer
Help a new consultant start a brand
US$ 599
We sell Microsoft Azure and Dynamics customization, code, and solution services to medium sized businesses and larger co
386
entries
96
designers