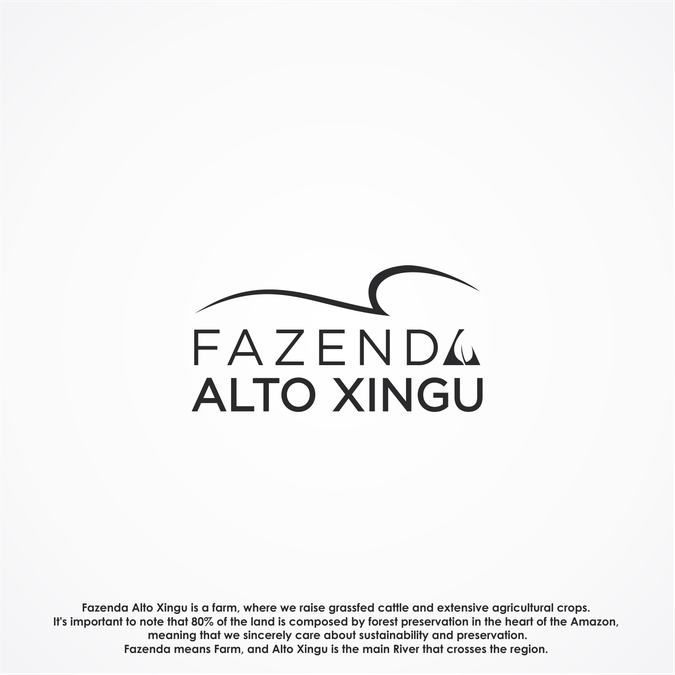 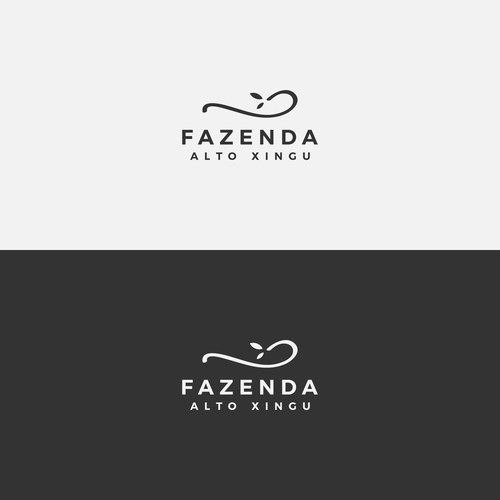 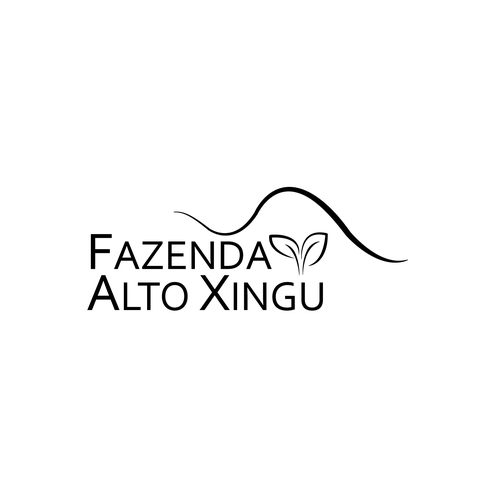 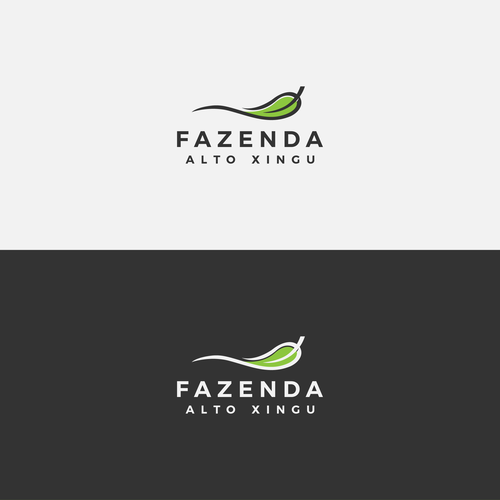 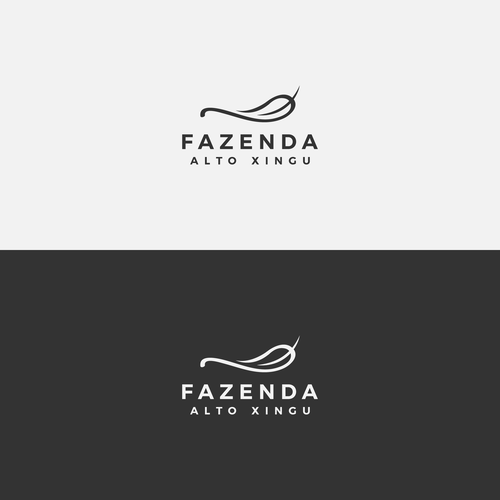 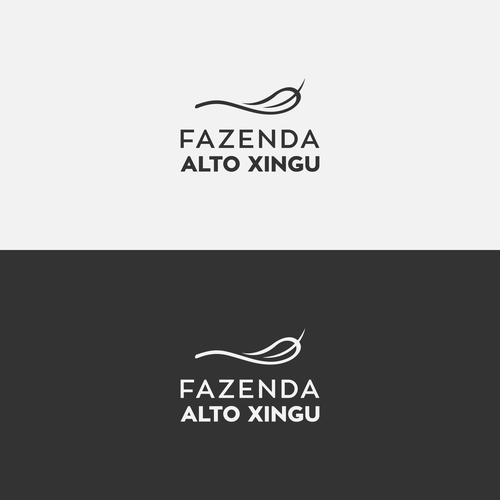 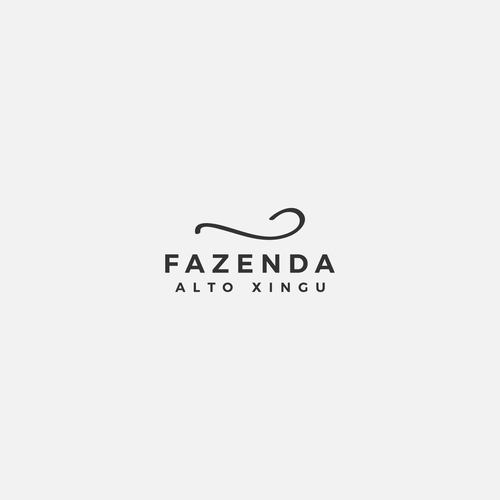 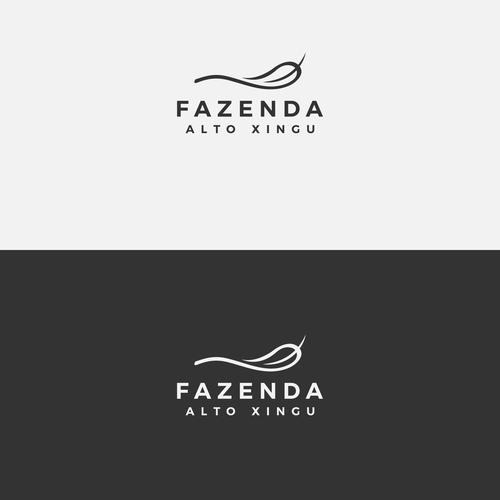 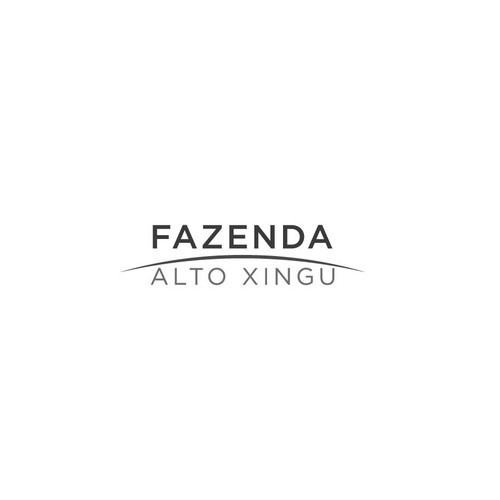 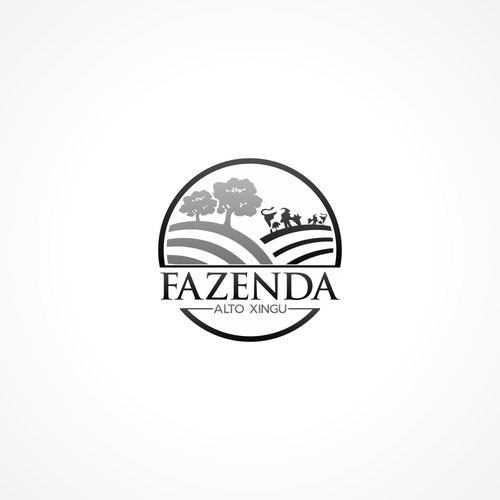 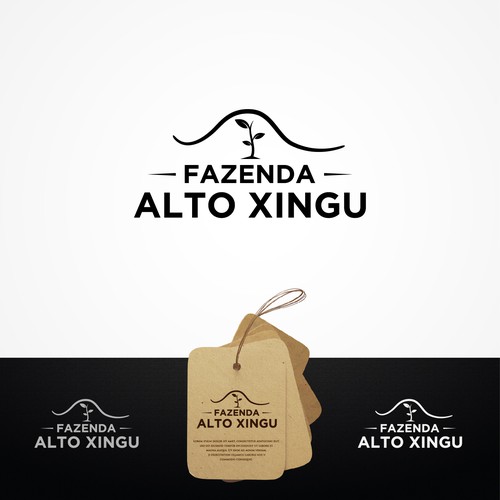 Fazenda Alto Xingu is a farm, where we raise grassfed cattle and extensive agricultural crops. It's important to note that 80% of the land is composed by forest preservation in the heart of the Amazon, meaning that we sincerely care about sustainability and preservation. Fazenda means Farm, and Alto Xingu is the main River that crosses the region.

Our public is divided into two branches: other farmers; and cattle/crops buyers. We appreciate long-term and sincere partnerships with many players in the region, from suppliers to buyers and colleagues. The logo, then, would be used to express our position, to insert the image of our farm in the region.

We would like a logo that could combine and bring together these three elements [cattle, agriculture and sustainability/preservation], preferably in a monochromatic color scheme so that we can add any color when using it.

In terms of usage, we would use the logo mainly in clothing for workers and ourselves [shirts and caps]; use in stickers; and in advertisements; and just in a year or two we hope to develop a proper website.

We would like something simple, rustic, preferably monochromatic, that would expose the elements we have been focusing on [cattle/crops].

The cattle we raise is the Zebu, which is characterised by a fatty hump on their shoulders. To represent the cattle, we would like to use this feature as the main feature. Please see the first two attachments for examples. Note the bump/hump on top of each logo.

For sustainability and crops we are open to any suggestions, they could be only one feature combined, or whatever. Please see the third and fourth attachments for examples.

The logo by itself, could be the combination of the elements where the images overlap each other, giving a nice effect. Please see the fifth attachment as an example. Note the in this example there are two animals, and in our case we would focus on one animal, preferably the hump/bump and something to simbolize the agriculture/sustainability.

Lastly, the Zebu cattle, which the breed we raise is called Nelore, has specific traits, like each breed. We would like to illustrate it to make it easier to picture the details. Please see the last attachment.

In terms of fonts for the name, we think more about something simple, preferably sans-serif, all capital letters? As an example, we appreciate the Gotham Typeface.

Fun and Playful Family Farm Logo
US$299
We are a family-run farm that sells pigs and grapes from our vineyard to stores.
22
entries
4
designers
Wind Riders of Wyoming
US$299
We train horses for other owners and provide riding lessons to beginning to intermediate riders. We live in a very wind
152
entries
42
designers
Create an organic, timeless design for our family farm.
299 $US
We have a family farm, LLC that produces cut flower peonies, fruit and vegetables. We anticipate in the future having a
51
entries
12
designer graphistes
"Design a unique Olive Tree logo"
299 $US
Olive tree orchard
81
entries
12
designer graphistes
Create logo for weed spraying company
$299
We are an invasive weed spraying service
35
entries
15
designers
Sun Valley Ag has changed and so must it's logo
A$399
We grow and sell broadacre cereal crops - primarily wheat and barley, but also canola, lupins and oats. The target audi
118
entries
24
designers

Comienza ahora
Hemp/Cannabis Corporation to take over the industry! Need logo to spread awareness!
$299
The Bhanga Corporation is bringing hemp (bhanga) back to America in a big way. Bhanga is the Sanskrit word for Hemp, or
89
entries
20
designers
NewGrowth charity needs logo to sell its products and attract funding!
€269
Charity that works with communities to create sustainable incomes. Also sells products (seeds, trees, organic produce) t
142
entries
36
designers
Bee logo for honey business. Bee creative.
US$299
We raise honey bees for honey, pollination, sell bees (in the future) in New Mexico. All honey will be organic. We are l
226
entries
42
designers
"California Farmer Youtube Channel needs a powerful logo"
$299
This is for my youtube channel about my family farm, and agriculture in California in general. Target audience would be
113
entries
28
designers
BNR Ranch needs a creative classic logo!
US$299
Produces premium quality certified black Angus beef and premium quality Berkshire pork for retail consumers; target audi
198
entries
31
designers
Clean and Simple Hemp Farming Services Logo
$299
The target audience are not farmers. It's for investors, professionals, enviromentally minded people who want to grow a
23
entries
5
designers