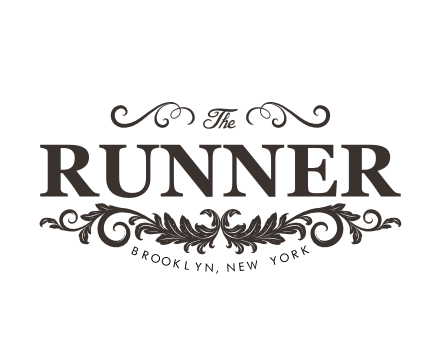 Design a logo for The Runner, a hip new restaurant in Brooklyn 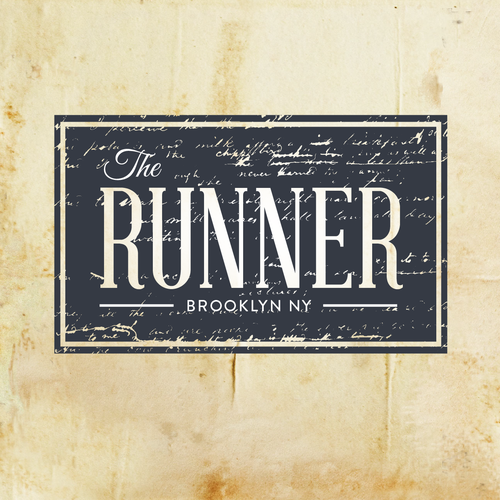 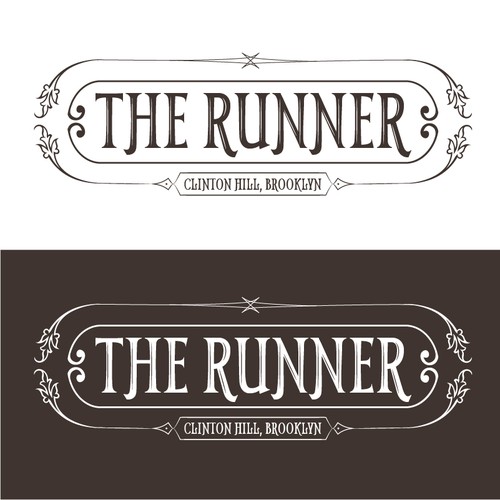 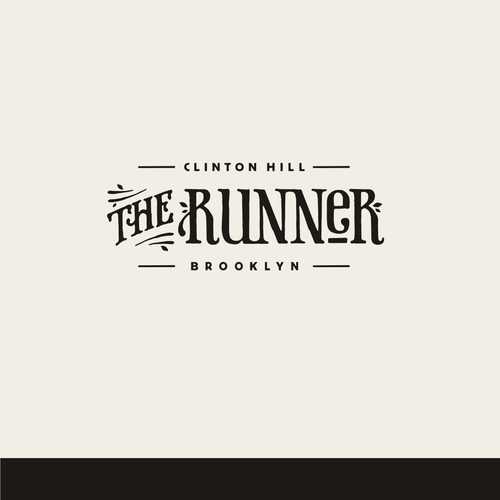 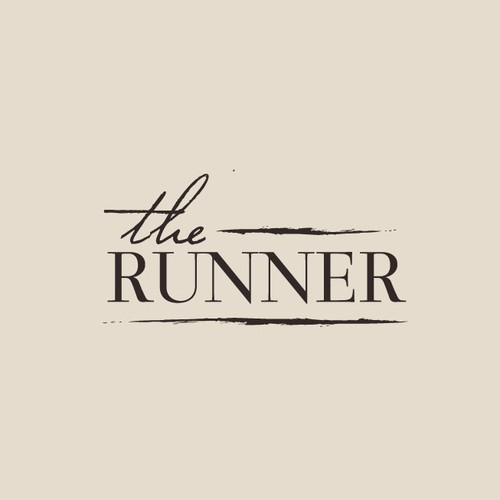 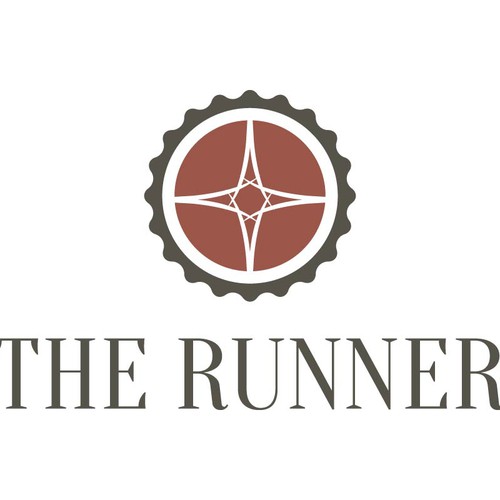 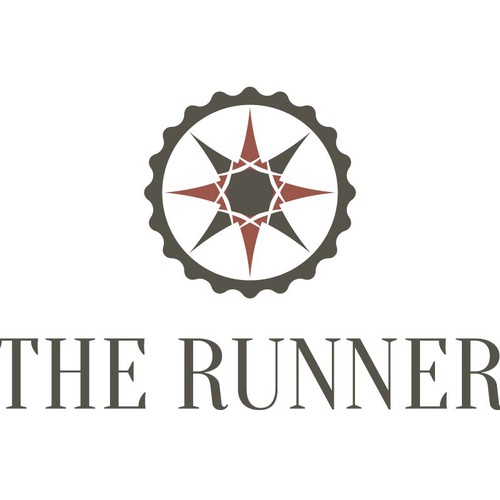 The Runner will be a new restaurant in the Clinton Hill neighborhood of Brooklyn. The inspiration is a poem by Walt Whitman, entitled The Runner. The Runner is a symbolic piece for the industrial revolution which was part of Whitman's most famous work, Leaves of Grass. Walt Whitman lived in brooklyn for 28 years and
actually lived in Clinton Hill for one year and in that one year he wrote his most famous collection of poems, Leaves of Grass (The Runner is a poem in that collection). Whitman saw clinton hill as a place to stay/escape from the hustle and bustle of New York City to relax.
***Come up with a logo that embodies all that^***
Logo should be Walt Whitman, Brooklyn, very specific. You have to understand Brooklyn or you'll come up with something really cheesy.
Not too corporate or commercial looking, otherwise it's a big turn off.

The above is the requirement of my boss for this logo. I'm also adding a few links and quotes below to help direct you a bit, but please stick to the words above for guidance.

Quote about Brooklyn:
"It's cool here; you can express yourself however you want" — open a gallery, start a community garden, paint a mural on an old factory wall. It's a very hip, very self-contained world that one needn't leave to find a meal or concert or gallery or anything, except an airport.

http://www.studymode.com/essays/The…95861.html
So, the runner is using the advanced technique shows that he is not only a strong runner, but he is knowledgeable about his skill. The runner's skill and knowledge goes along with advancement. For example, as the Industrial Revolution hit, workers had to become more skilled at their jobs, or they may be replaced with machines. This is a great advancement in the skill of workers that happened in the poet’s birthplace because of the advancement in technology just as the runner depicts.

http://suite101.com/a/understanding…ry-a188592
Several themes run through the poetry of Walt Whitman, which are illuminated through the use of imagery.
Walt Whitman is most well known for his work Leaves of Grass, published originally in 1855, and was known as a poet with a unique voice, style, and use of subject matter. Whitman’s vivid use of imagery within his poems develops the themes of parts working together to create an entity of beauty, movement, and power.

If need be, you may want to do further research on the heart/soul of Brooklyn and on Walt Whitman/Leaves of Grass/The Runner and Clinton Hill to really hone in on the ideal design for this logo.

Please read the description above. The following excerpt is very important: Logo should be Walt Whitman, Brooklyn, very specific. You have to understand Brooklyn or you'll come up with something really cheesy.
Not too corporate or commercial looking, otherwise it's a big turn off.

Design a logo to illustrate a modern twist on asian streetfood for Bé Em: Asian Kitchen
$799
We're a restaurant that serves a mixture of asian streetfood and inspired drinks. Vietnamese, Korean, Thai, Japanese.
156
entries
45
デザイナー数
Unique event location in the Netherlands!
€ 269
Op de Pol is a location. We do Events such as weddings, meetings and celebration. We have a location in the woods and na
86
entries
25
Designer
design a timeless logo Blanco event and meeting center
299 US$
Blanco is an event center for corporate meetings, weddings and private parties. Blanco brings people together for memori
46
entries
19
diseñadores
Create a powerful logo to end chef suiside
AUD 399
An organisation to raise awareness and offer support to hospitality workers who suffer from drug, alcohol and mental hea
54
entries
10
diseñadores
BBQ restaurant needs a logo
C$ 1.199
This is a barbecue restaurant with house-smoked meat. It is casual, fun and approachable to all.
40
entries
24
designers
Modern Patisserie "Le Patissier" needs a new Logo
269 €
We are pastery chefs who produce small desserts, cakes, macarons and chocolates. We turn traditionell cakes in to small
162
entries
28
designer graphistes

Comienza ahora
Seeking an AMAZING designer to help me create a LOGO for new vegan fast-food RESTAURANT!!!!!
299 $US
I'm starting a fast-food restaurant that sells plant-based entrees such a greasy burgers, authentic burritos , nachos &
59
entries
22
designer graphistes
Restaurant Logo
499 $
Classic California Cuisine specizaling in Eggs Benedict, pancakes, omelettes, tacos, mimomas We have coffee, espresso,
209
entries
58
Designer
Nunus Bistro!
US$299
italian modern classic bistro, italian entrees with burgers and fries as well. classic with a modern touch
60
entries
13
diseñadores
Condiment Queens is looking for a logo!
449 €
We are two woman who started our own food company. We sell lunches, especially sandwiched to people but our focus is mos
85
entries
31
designer
restaurant needs new logo
US$ 299
restaurant and bar
38
entries
20
designers
Cafe Besos (for kisses in spanish) needs a sweet little logo to capture the crowd. A play on kisses or essence of arabia
CA$ 399
It is a beautiful little cafe for food, nice cocktails, wine and of course coffee. A modern take on a salon in old paris
158
entries
50
Designer