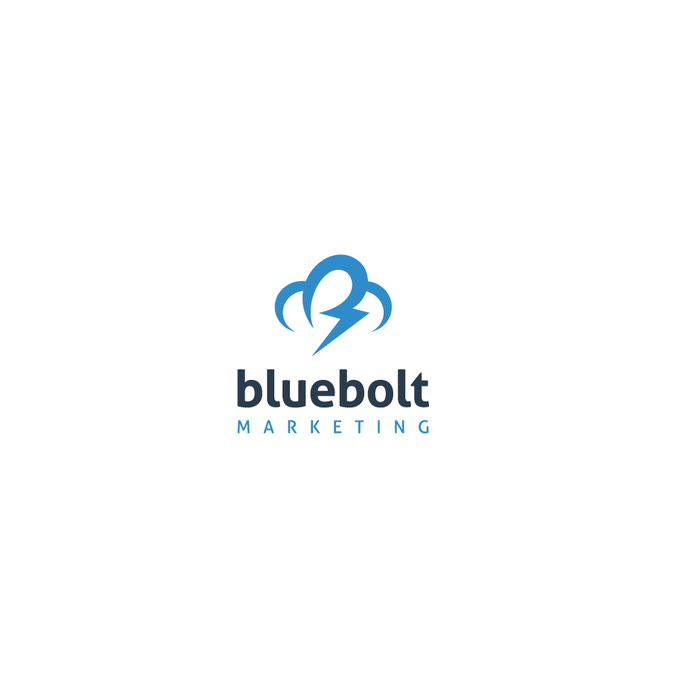 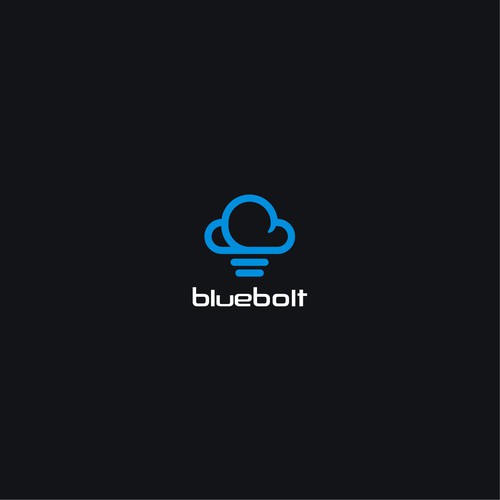 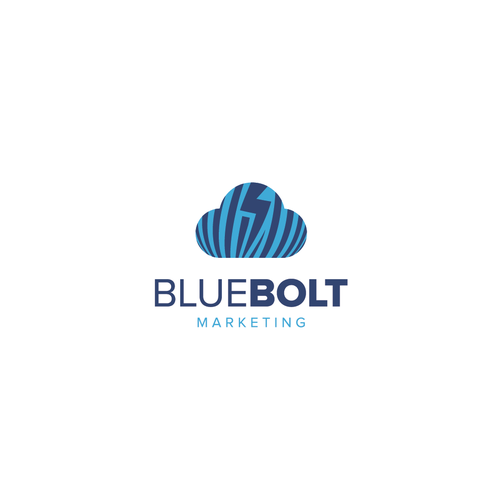 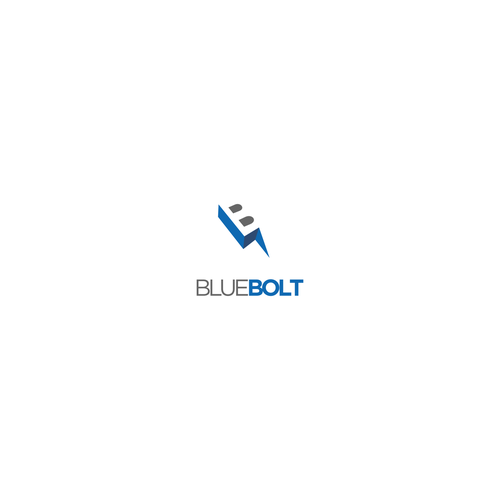 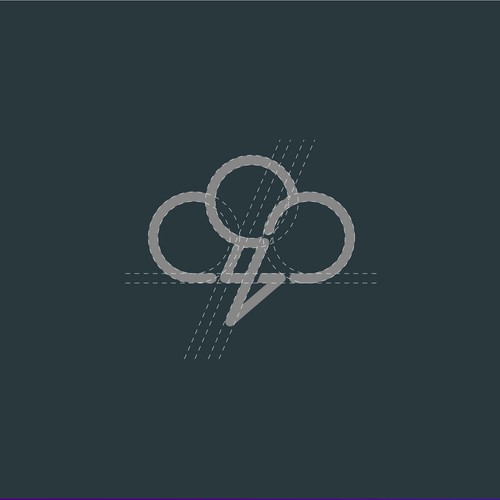 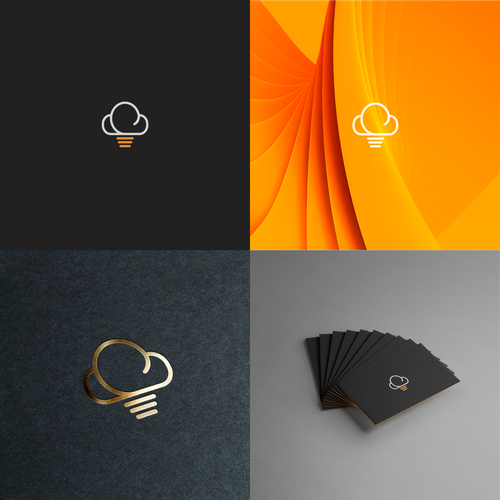 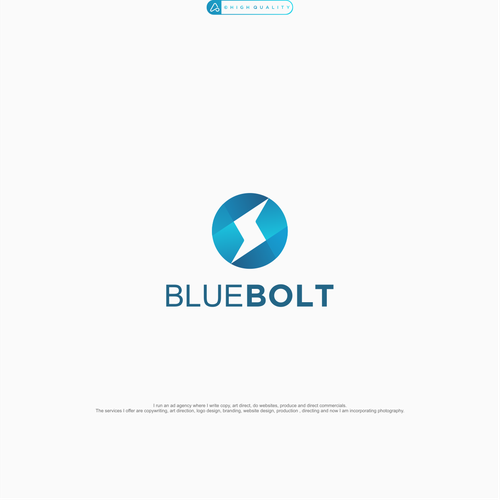 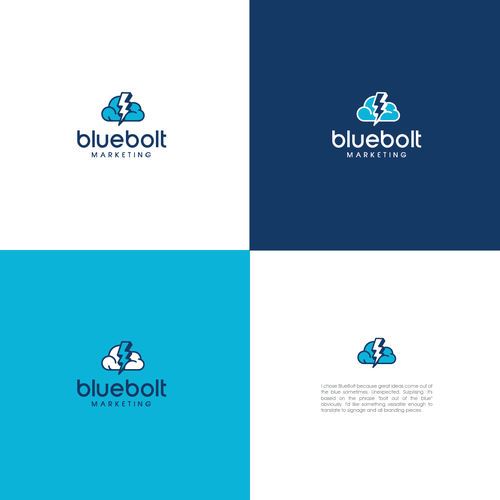 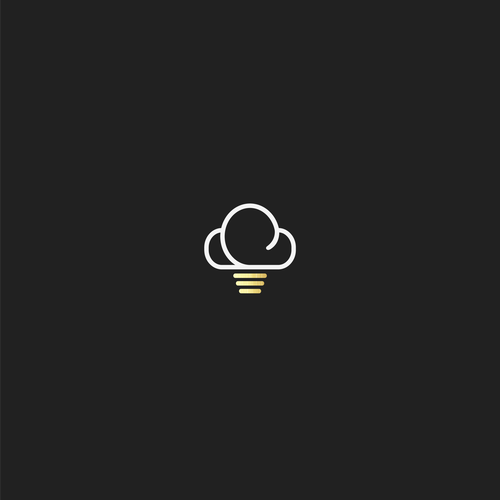 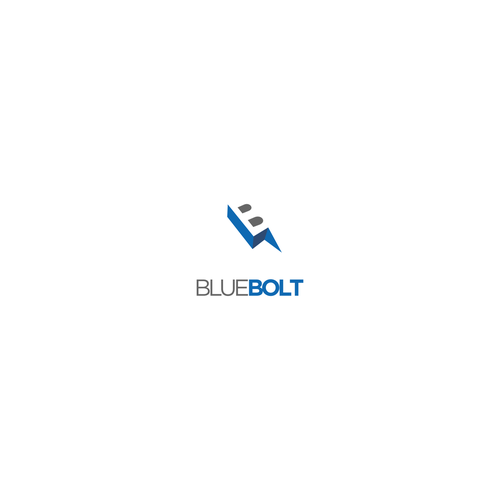 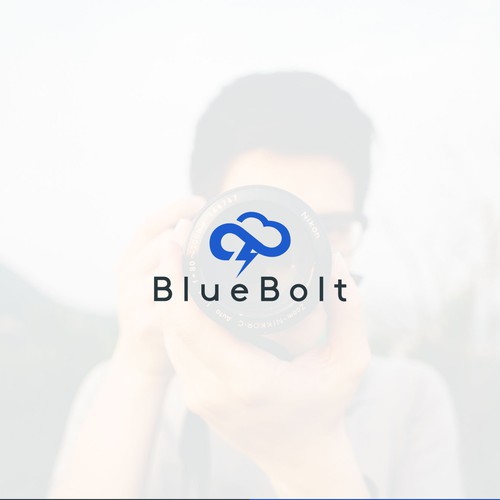 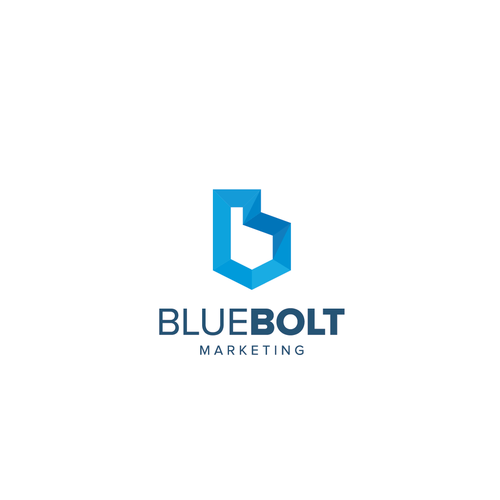 Marketing (under one) / Photography (under alternate version)

I run an ad agency where I write copy, art direct, do websites, produce and direct commercials. I took a few years off to study photography and I'm launching it as a side business. So I am doing a rebranding and renaming and decided to use the same logo for two different websites. BlueBolt.Marketing and BlueBolt.Photography. It would be nice if the logo worked for both...but if you have a neat idea to somehow differentiate the two that would be great but not necessary.

I chose BlueBolt because great ideas come out of the blue sometimes. Unexpected. Surprising. It's based on the phrase "bolt out of the blue" obviously. I'd like something versatile enough to translate to signage and all branding pieces.

I'm looking for a modern, sophisticated logo. I don't want anything too exciting like you would see for a sports team or too heavy like you would see on a sports drink. I'm looking for clean simple design that can live comfortably in a technology inspired environment, or a luxury brand environment, high end movie studio environment. I'm an idea and concept person so the design should reflect high end design. I will include some additional examples of logos I like that may or may not be related to ad agencies as ads I like.
I like conceptual logos.

When I was originally thinking about the name...I liked "Blue Bolt" because it is based on the concept "bolt out of the blue" indicating something unexpected. I also thought it would work well with another concept centered around creative development and coming up with ideas. Brain storming. I thought "blue bolt" would be a nice tie-in to a "brain storming" concept. The idea would center around creating an abstract "cloud" that almost looks like a brain with a blue bolt coming out indicating ideas. I still haven't seen any ideas that explore this tie yet so I thought I would try and prompt it.

I have included this example so you can visualize this direction I'm hoping some of you will explore. Thank you for your efforts.

Here is an example of a "conceptual logo" that uses both the concept of "pages" and the "p" from the namebrand. I like stuff like this. It's hard, I know. But just making myself clear.
https://www.designspiration.net/sav…899361980/

Another example of a conceptual logo - Turn logo
https://www.designspiration.net/sav…846573385/

Here is an example of a simple dynamic logo using the letter B.
https://www.designspiration.net/sav…992752587/

If you can't make it a concept...here is just clean symmetric design. V logo.
https://www.designspiration.net/sav…789817483/

If you still aren't clear....Here is an idea I had for alogo you could recreate. Top left cloud looks like a B to me. Add a graphically similar lightning bolt to it and I would probably like the design idea for a logo.

I am doing a rebranding focused on the skills and expertise I have developed from 30 years in the business. The services I offer are copywriting, art direction, logo design, branding, website design, production , directing and now I am incorporating photography.

The new name of my company will have two areas of focus --
marketing and photography. I want one logo I can use on both websites only difference being one will be focused on advertising and the other on photography.
I have taken 2 years off to study photography and am ready to incorporate it into my business with a fresh rebranding.

I want a logo that is classic, high-end and representative of my experience in the business meaning it should feel solid, knowledgeable and modern. Sophisticated, mature, modern, exciting. Obviously, I'd like something that play off the bolt as in ideas or concepts but I'm open to interesting ideas.

The target is businesses or clients looking to rely on a guru or marketing expert to handle a variety of marketing challenges. I like concepts. Logos that have more going on than just type. But I do love type logos if they are interesting and work to communicate a feeling or emotion.

A Zombies-Connecting-To-One Another Logo for the Virtual Happy Hour World We're Living In Now
USD 299
Thank you for your consideration. We're looking for a logo that combines two themes prevalent at this particular moment
69
entries
32
designer
#1 Mit Scharf – band logo
269 €
I´m looking for a funny logo for my music project / my live band. I´ts called: #1 Mit Scharf – in English:
32
entries
11
diseñadores
Make a Fun logo for An Art Website!!
299 USD
This will be for a shopify store for my own handmade art pieces. I really like the style of artist "Andy Blank" site in
286
entries
35
designer
Modern and Minimalist Logo for Etsy Shop
GBP 239
I make minimalistic designs based on pop culture, movies, celebrities etc. Think silhouettes of people, quotes and minim
126
entries
55
diseñadores
Design a logo for high-end art/design business
£ 239
Contemporary mosaic artwork and interior design. Luxury, high-end.
248
entries
64
designers
Logo for wall display company
EUR 269
Our website is: www.streetcommunication.com Street Communication propose 2 types of services: 1. Street Co’ is you
25
entries
6
diseñadores