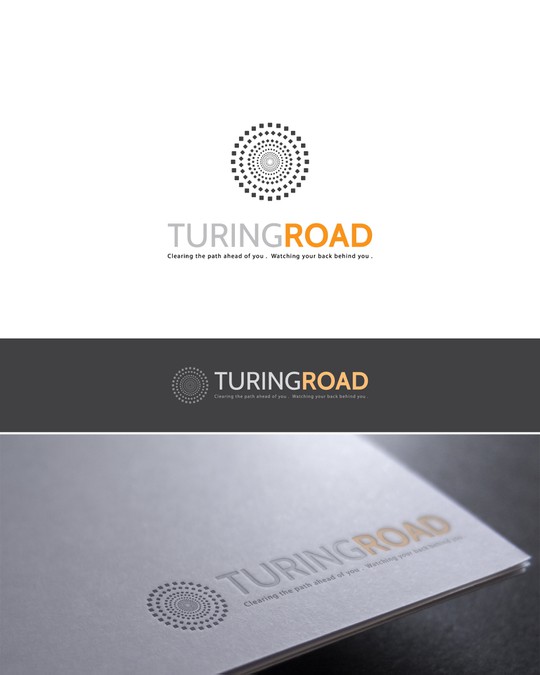 Lift modern computing from it's beginnings in the 1930's 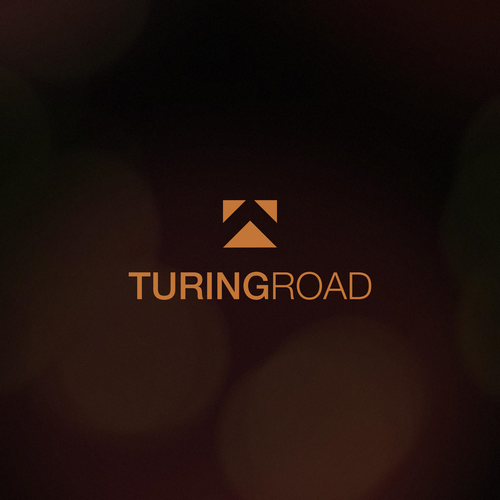 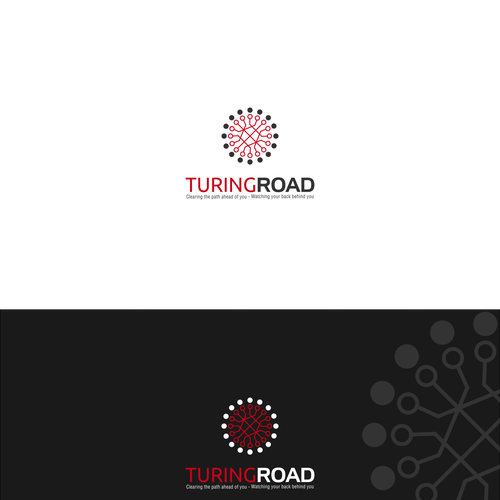 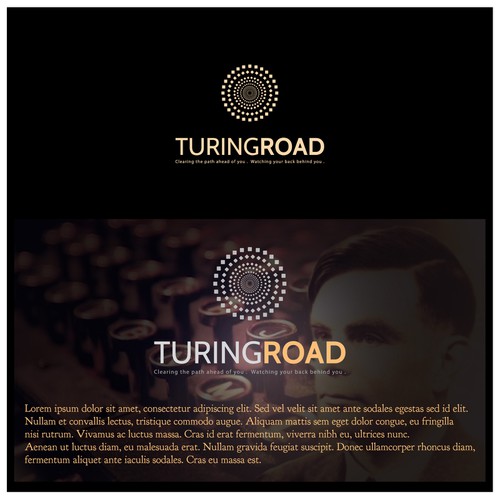 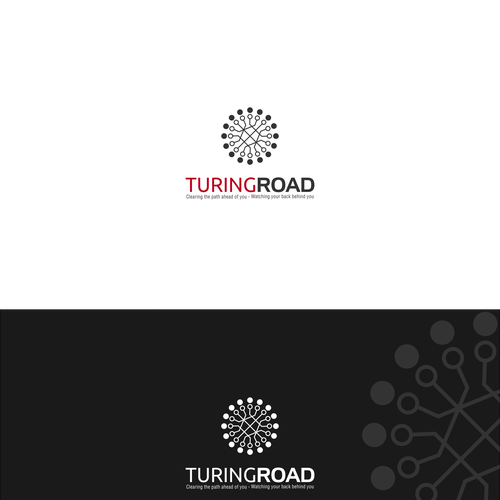 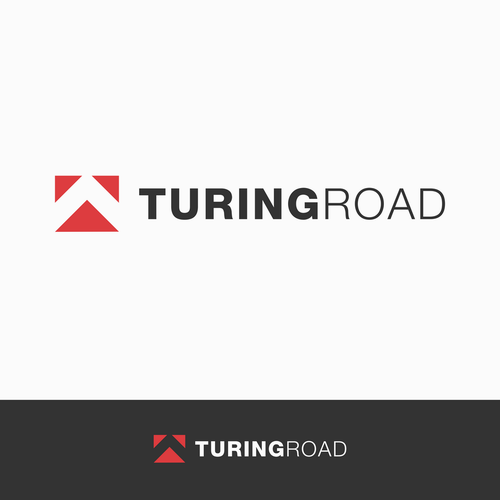 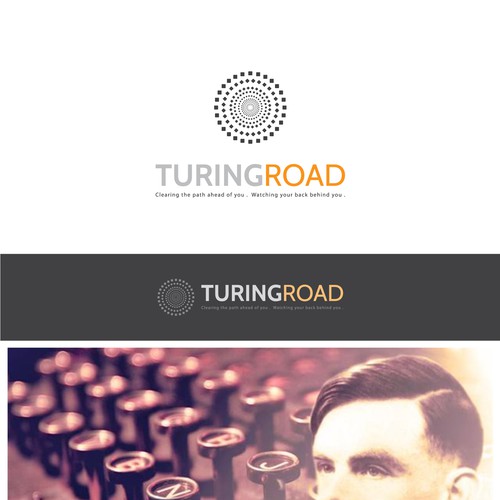 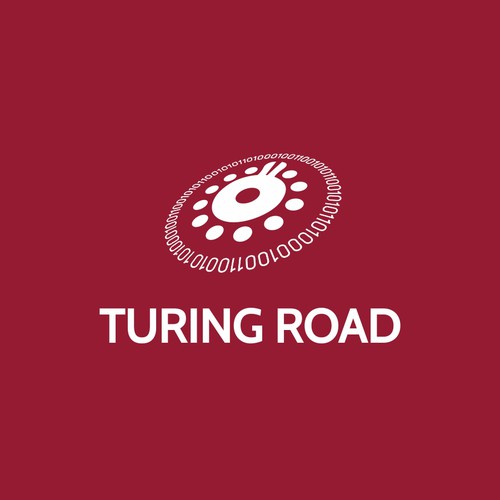 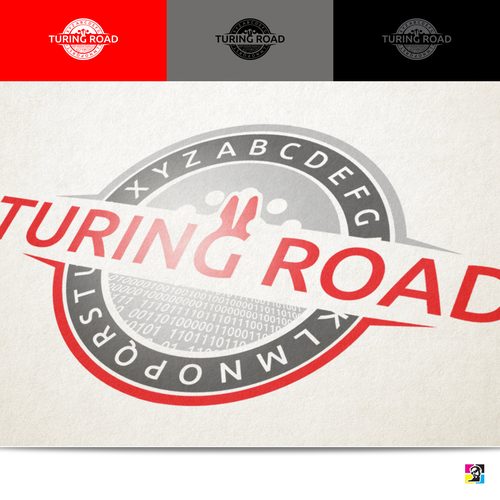 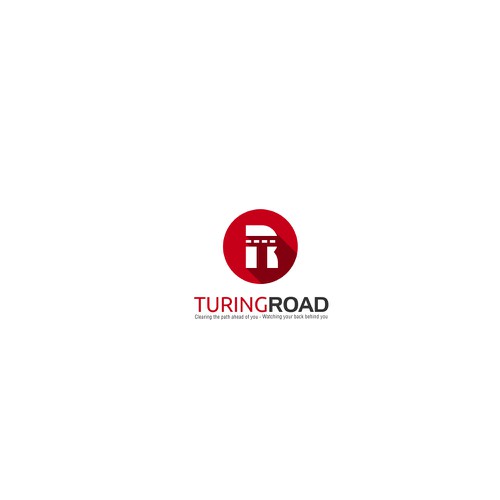 A slogan is optional.  Turing Road's unofficial motto is:"Clearing the path ahead of you.  Watching your back behind you."

Turing Road provides computing services to businesses. We prefer to build our own solutions from the foundations of computer science rather than to sell someone else's products.

Maybe red or gray (or both). Single color if possible. Two if it helps the design.

If the ideas below are unworkable then please feel free to take any approach you like.  Go ahead and surprise us.

This one might be a real challenge. Please forgive me if you find the ideas below a bit conflicted.

The company was named in honour of Alan Turing, one of the "fathers" of computer science. He is famous for conceiving the Turing Machine in a paper published in 1936. It is the ancestor of all modern computers. He is also famous for his work as a top British Intelligence code breaker during World War II. He broke the codes of the German "Enigma" machine. He also established the field of artificial intelligence. And if that wasn't enough, he also figured out why the seeds of a sunflower are mathematically arranged in spirals.

One possible design idea might involve the iconic "cog" seen on the machine that Turing invented to break the Enigma, called the "Bombe". I've uploaded some pictures.

Binary numbers which are simply ones and zeroes might be a part of the design too, but are not necessary.

The font I've been using over the past couple years is a Google font called 'Cabin'. The designer of 'Cabin' said it is a modern re-interpretation of the 'Johnston Sans' font that the London Underground commissioned in 1916. People huddling in the London Underground stations during the bombings is another image that comes to mind. I'm open to other font suggestions.

I love clean and modern design, but I wonder if there is a way to hint at or pay tribute to his time and place in history; Britain before and after the Second World War.

Need Logo representing strength, defense, protection for IT Cyber Security firm
US$ 550
We provide staffing and consulting services for cyber security and other IT security fields. Company name is Olympus,
87
entries
34
designers
Logo for a Fractional CTO Consulting business
US$ 899
Valerian Technology provides Fractional CTO services to other companies and organizations.
386
entries
104
designers
Cyber Security company that will predict the future!
US$ 399
Cyber security, computer security, "telling the future, cyber + clairvoyance", analytics, machine learning, security dat
27
entries
10
designers
Geoji App Logo/icon: geographically based emojis, create anything anywhere just by dropping an emoji on the map
420 $US
Geoji or lowercase geoji: is an ios app/platform that allows users to put any emoji on the map to create an event, busin
86
entries
18
designer graphistes
Create a logo for a new gaming accessories brand
469 GBP
It is a new brand for gaming bean bags and other apparel. The target audience is e-Sports teams and gamers. It needs to
59
entries
28
diseñadores
Sherlocked Cyber Consulting Logo!
599 $
Local technology and cyber security consulting, want to incorporate style elements of Sherlock Holmes with a lock, safe
186
entries
38
Designer

Comienza ahora
Tech product logo design for a popular streaming service
US$ 499
RADAR stands for Real-time Anomaly Detection and Remediation. We empower Netflix engineers to keep their systems health
177
entries
49
diseñadores
Design a logo for a computer consulting company
299 USD
This is for a computer consulting company. We provide a variety computer services. We are based in the Colorado mounta
96
entries
31
designer
it consulting and service provider
449 €
"it stack" is a B2B IT consulting company and service provider. We offer several technical, programming and consulting
249
entries
63
designer graphistes
A Logo For my Data Digital Marketing Consulting Company !
EUR 269
Purpose me a logo that identify immediatly my activities: Consulting in business analysis and Data consulting (Strategy
110
entries
14
diseñadores
Connecting The Dots With A Stroke Of Genius: Logo Crowd Design For Smart Group
299 $US
Tagline: Connecting The Dots With A Stroke Of Genius At Smart Group, we help connect the dots for the operational and
129
entries
53
designer graphistes
Modern logo for an innovative copy shop software
€449
The French company Antesis has been creating, developing and marketing a wide range of high quality software solutions d
80
entries
18
デザイナー数
Más información sobre diseño de logotipo y tarjeta de visita
Vea como funciona