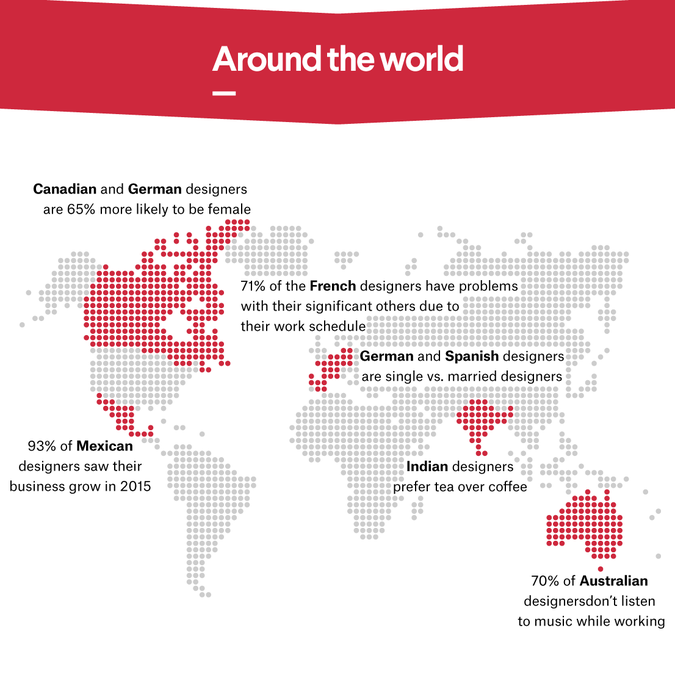 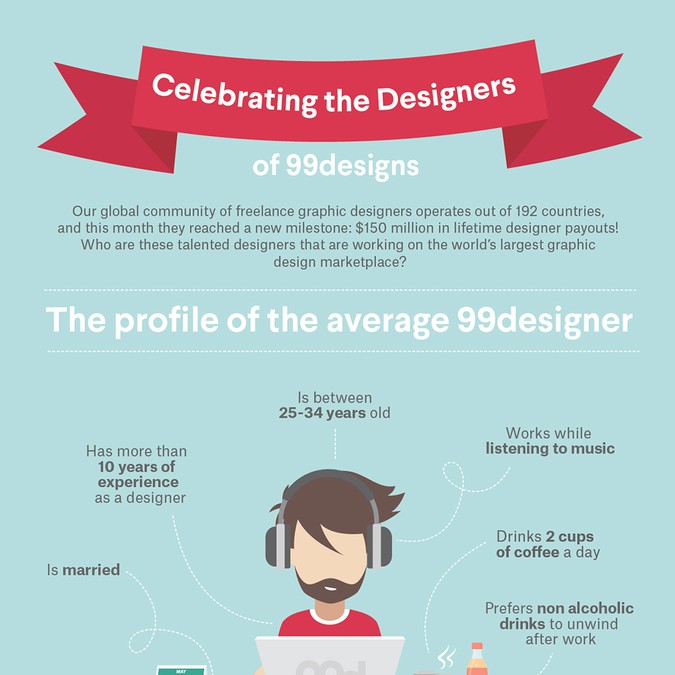 99designs - Infographic on “The designers of 99designs ” 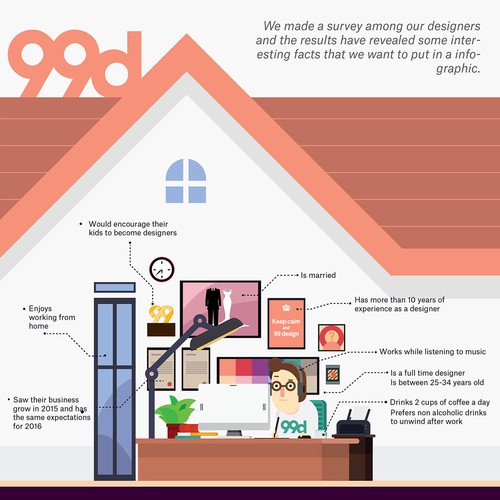 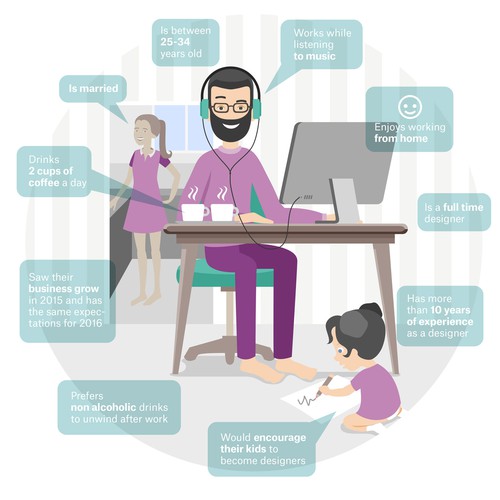 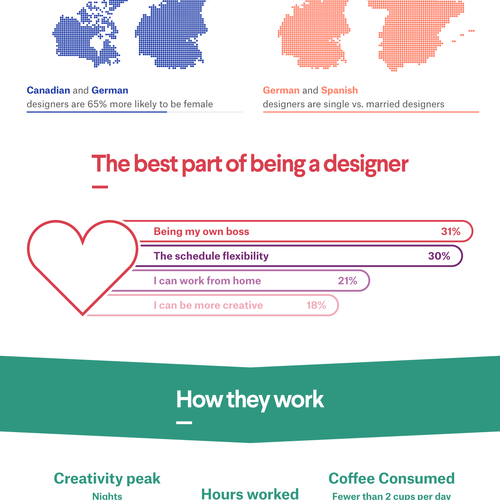 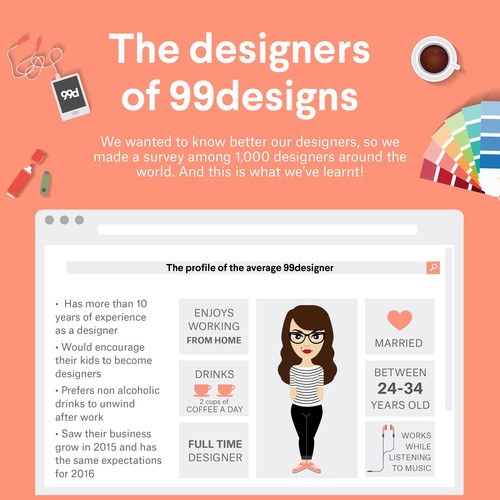 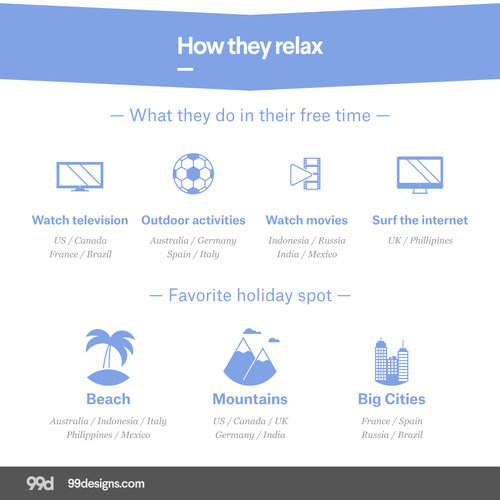 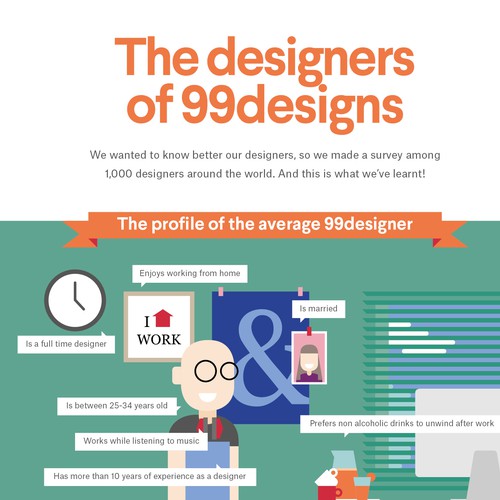 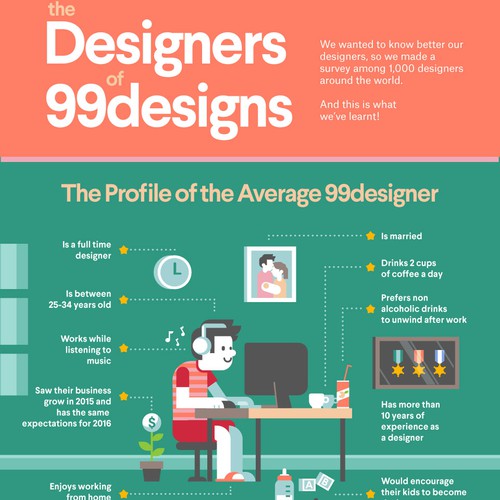 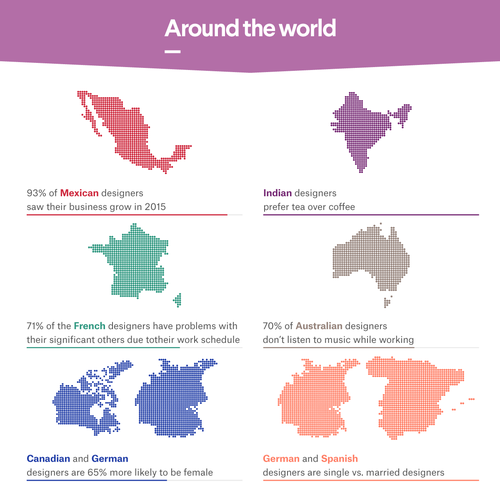 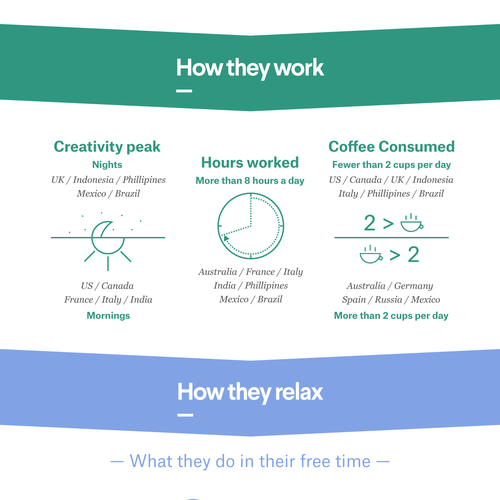 We made a survey among our designers and the results have revealed some interesting facts that we want to put in a infographic.

The infographic will show the 99designer global profile (you would be surprised how many things in common they have) and will highlight those designers from countries.

---Intro text---
We wanted to know better our designers, so we made a survey among 1,000 designers around the world. And this is what we’ve learnt!

---The profile of the average 99designer---
- Is a full time designer
- Is between 25-34 years old
- Is married
- Has more than 10 years of experience as a designer
- Drinks 2 cups of coffee a day
- Enjoys working from home
- Works while listening to music
- Would encourage their kids to become designers
- Prefers non alcoholic drinks to unwind after work
- Saw their business grow in 2015 and has the same expectations for 2016
---
Visual inspiration:
https://goo.gl/fZPH6j
---
---Around the world---
- Indian designers prefer tea over coffee
- Over half of French designers drink > 5 cups of coffees a day
- German and Canadian designers are more likely to be female, 65%
- 93% of Mexican designers saw their business grow in 2015
- 70% of Australian designers don’t listen to music while working
- German and Spanish designers are single vs. married designers
- 71% of the French designers have problems with their significant others due to their work schedule
---
Visual inspiration 1:
https://goo.gl/vLy7Cz
Visual inspiration 2:
https://goo.gl/iSJUWh
---

The fonts:
1) Atlas Grotesk - use for body text
2) Larseitt Bold - display font for all headlines
3) Georgia italic - use for captions and small interjections between content

Our logo, the fonts “Atlas" and "Larseitt bold" are also attached.
Georgia italic is a common font, you should already have this available.