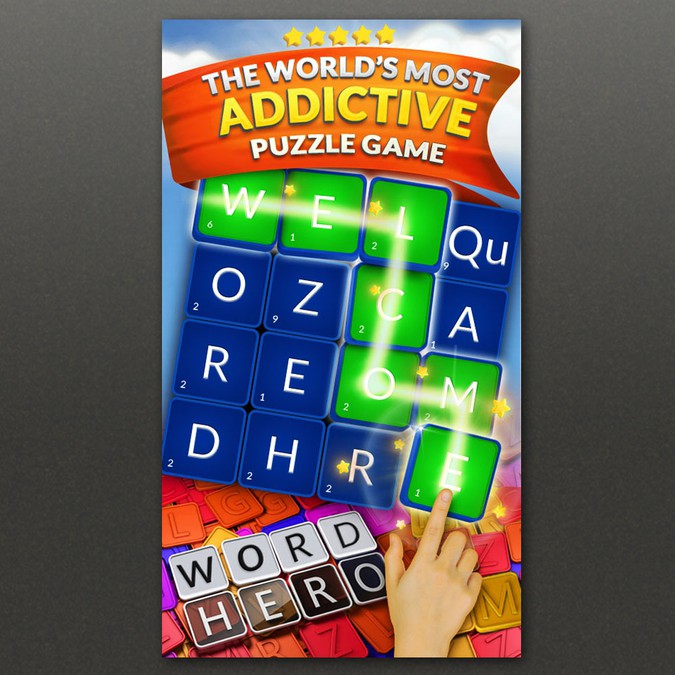 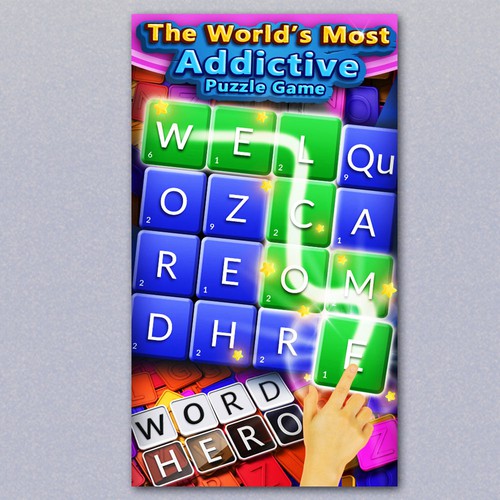 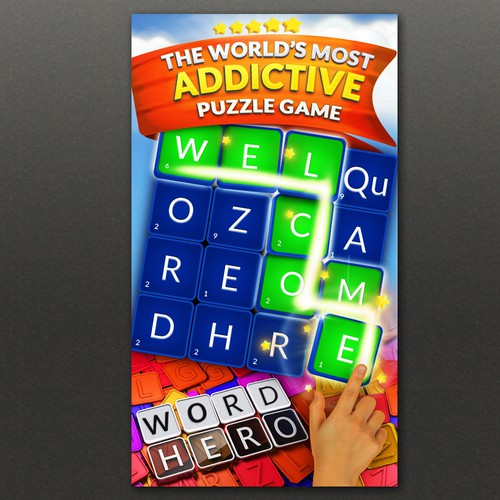 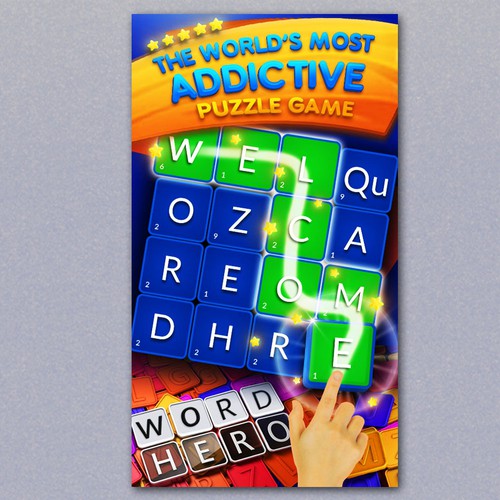 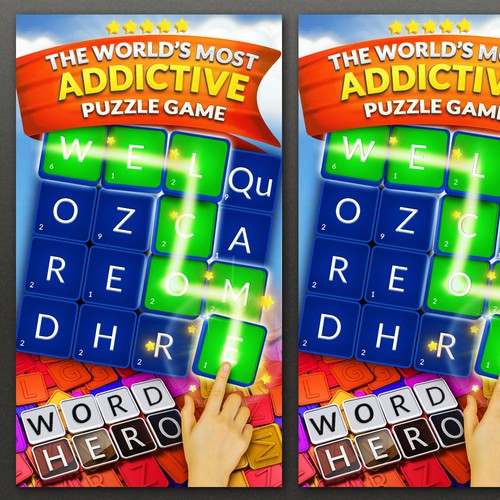 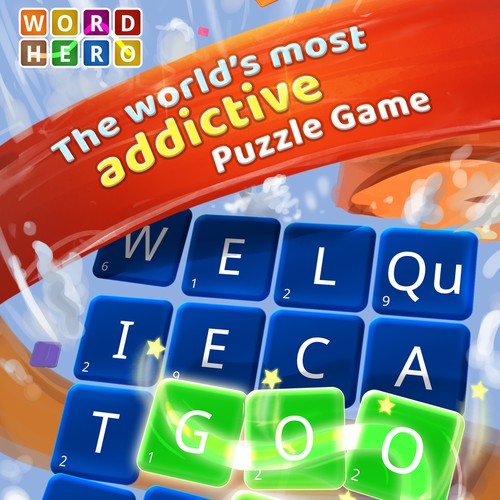 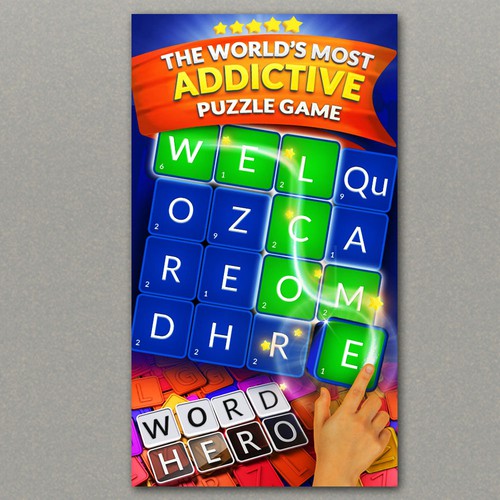 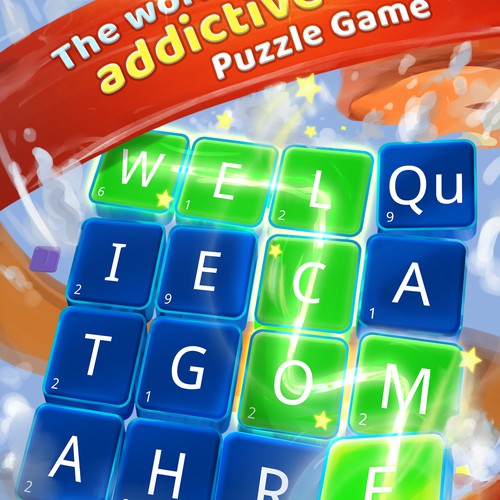 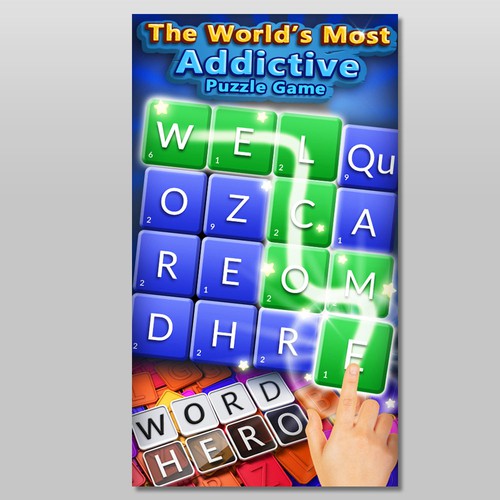 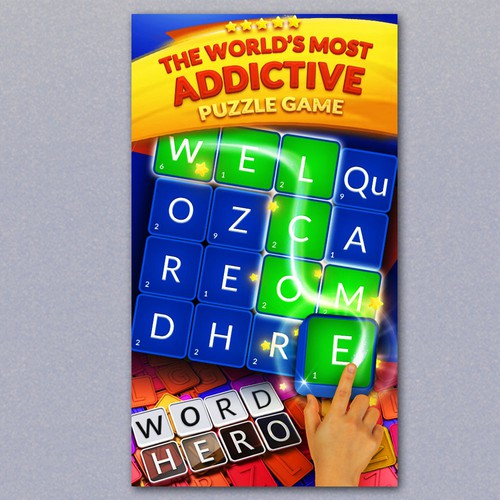 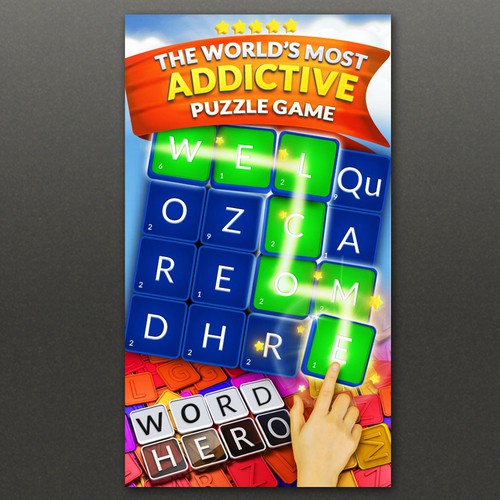 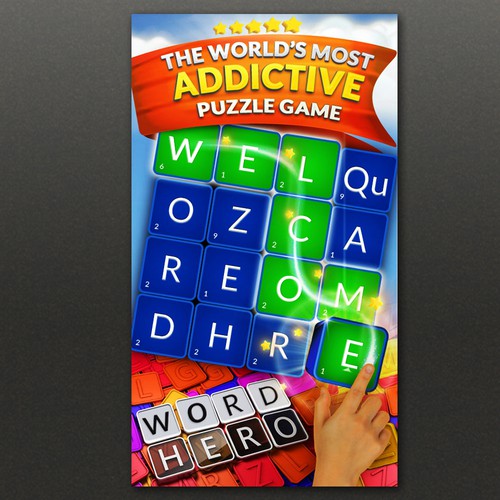 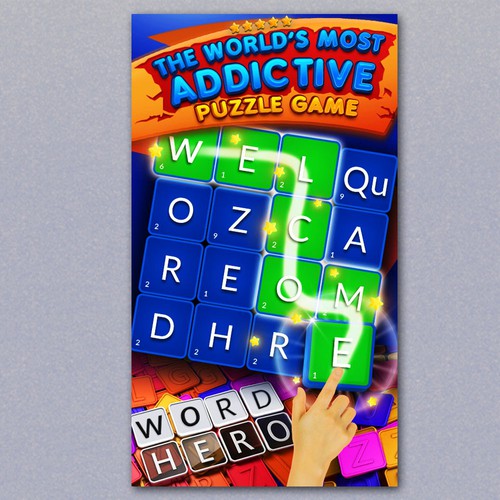 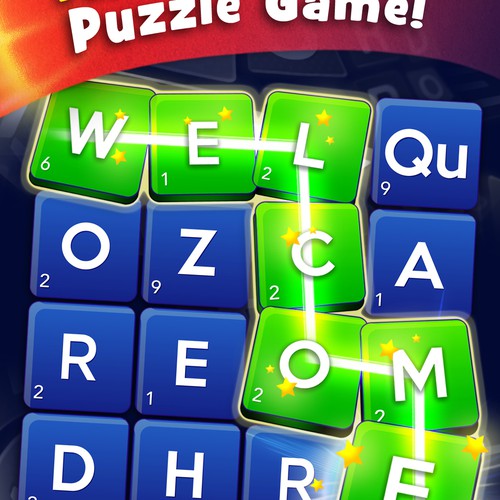 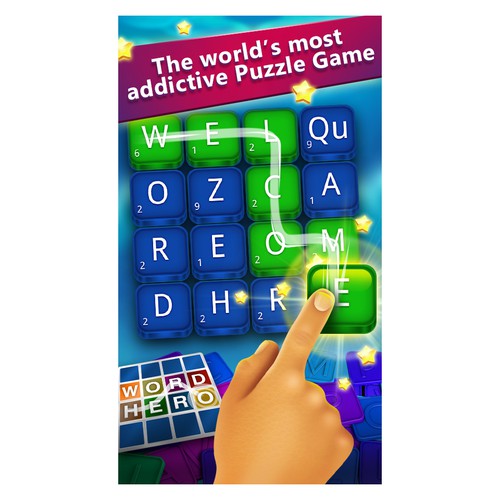 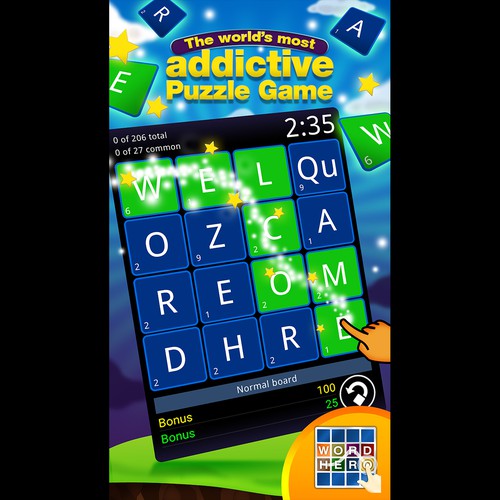 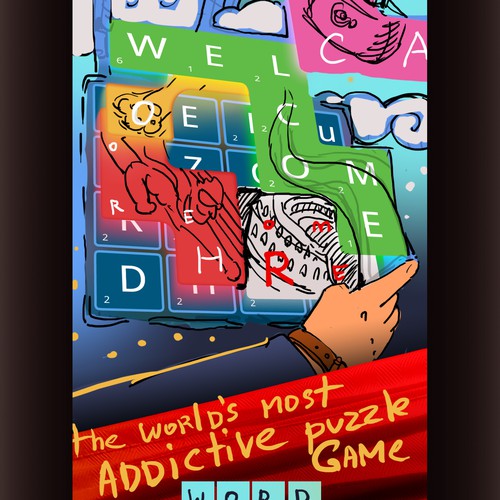 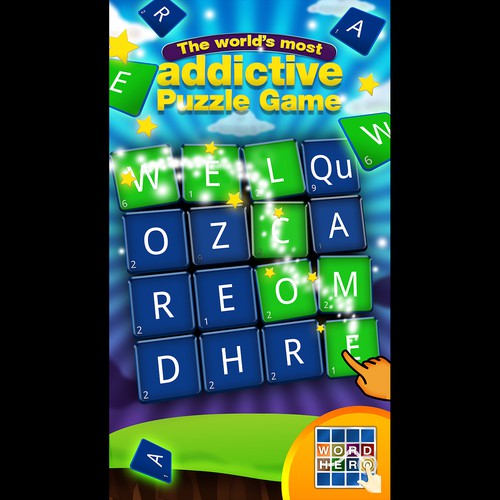 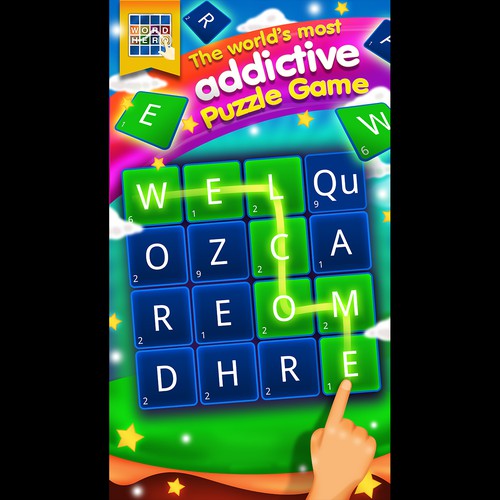 I want "screenshots" designed for display on the Google Play Store. Initial design is for 1 screenshot. After that, if I like the work, I will contract the designer to produce the rest of the "screenshots".

This is for an existing game: https://play.google.com/store/apps/…s.wordhero

The screenshots need to sell the dream .... not the reality.

Here is a nice image from another game:
https://lh3.googleusercontent.com/J…kSUjLyNYAc

I need something similar. Or your own idea.

Attached files:
- WordHero logo
- old PSD file of screenshot. You can reuse elements of it if you wish
- Anagram Hero (another game of mine) Feature Graphic. May be useful for the Cinema 4D files of the pile of letters (for the bottom of the screen?)