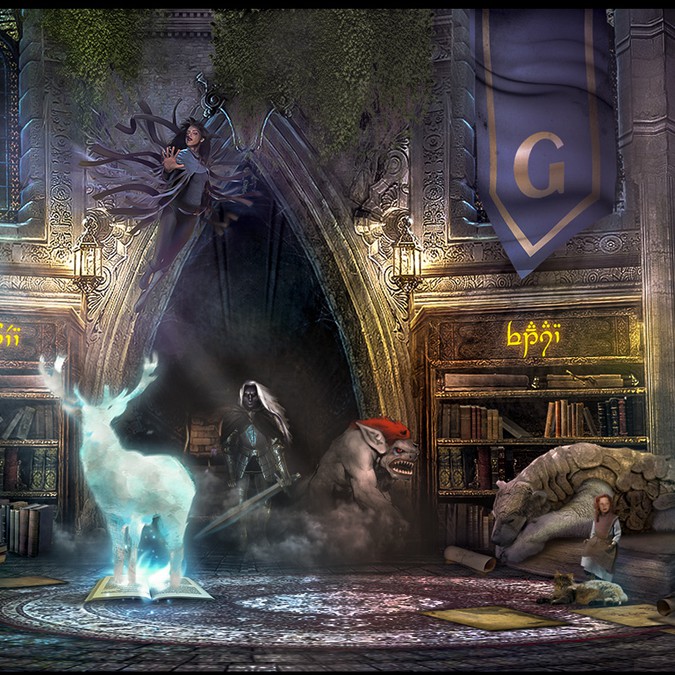 Illustrate a living library of fantasy 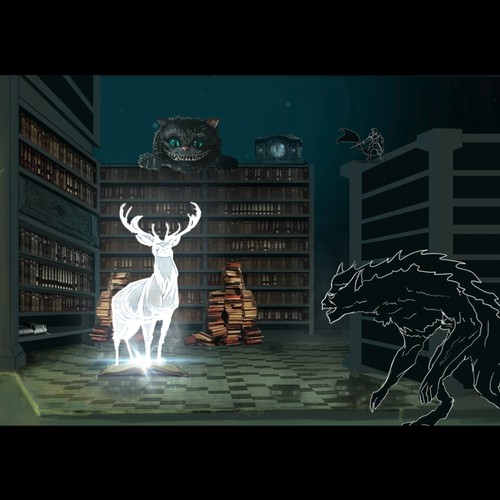 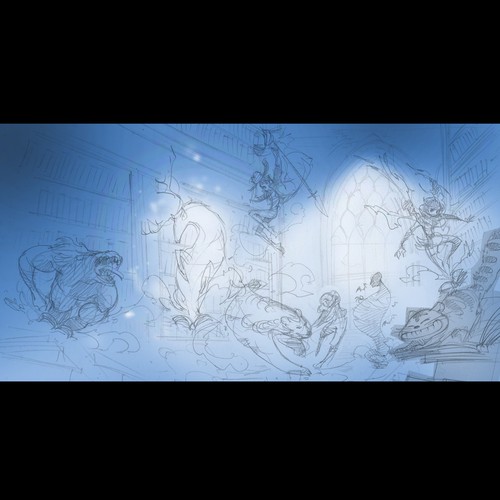 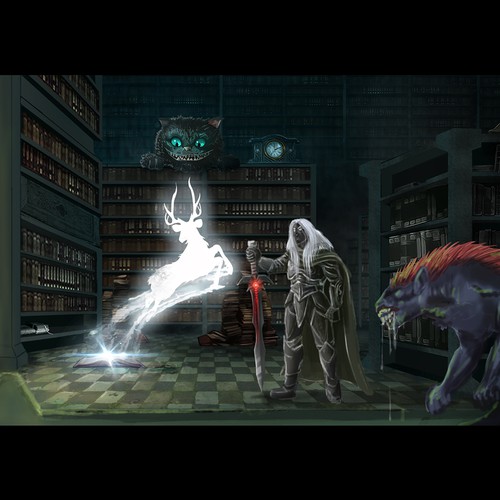 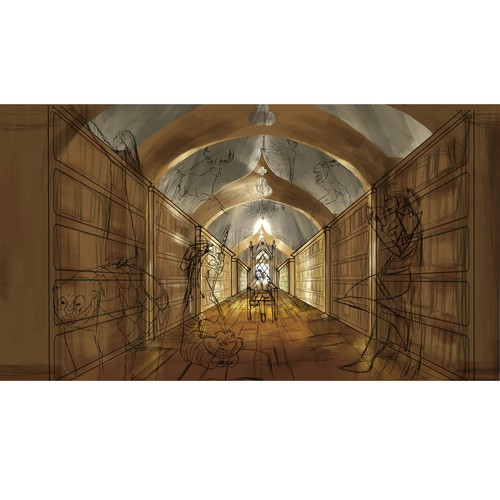 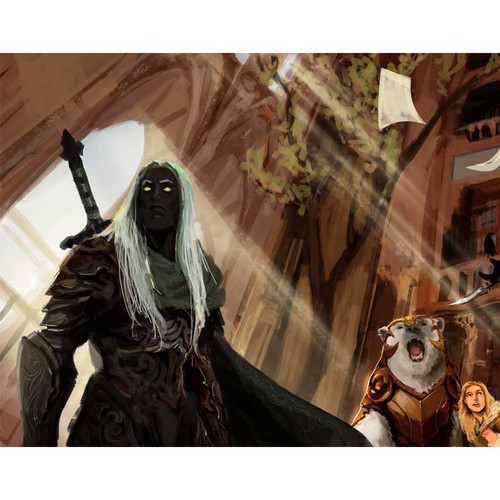 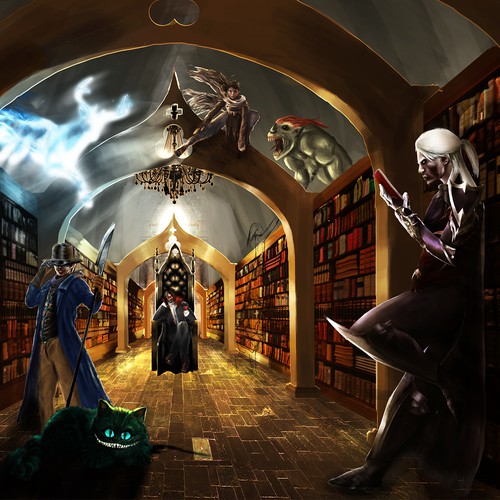 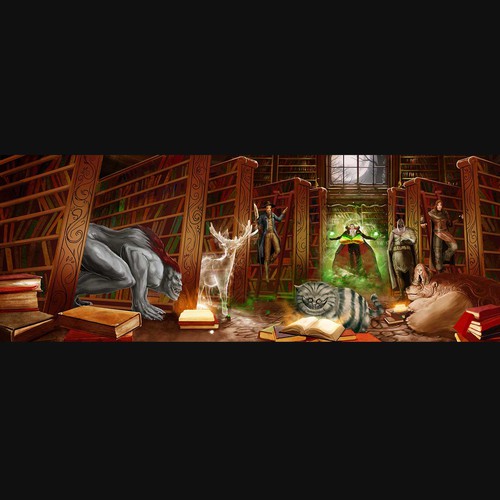 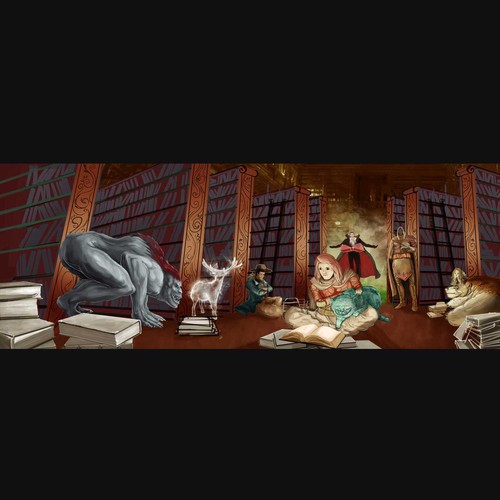 Gallorey is an ecommerce platform that allows any artist to create and sell original, inspired fan art for any existing book. Through our online store, users can purchase portfolios of art which are curated specifically for the books they are reading.

Our audience is primarily composed of readers of the fantasy/sci-fi/terror genres. Our contributing artists are primarily digital artists or pencillers with comic experience.

We encourage you to check out our Facebook page at facebook.com/galloreyllc for more information.

Basically, we want to create something a lot like the first attachment "Illustration Prototype," but geared more toward adults and, simply put, better. Also, the characters should NOT all be gathered around one book as the focal point. The characters do not have to be true to size, either - feel free to take some artistic license and have them standing next to books, hanging from shelves, or performing other interesting actions.

In terms of illustration style, we like the feel of the "Vin" and "Anomander Rake" image attachments below.

The illustration should be formatted to fit a Facebook cover photo (large, landscape oriented photo).

The illustration should be of a grand, personal library (think: Beauty & the Beast, and see the image attachment "Example of Grand Library Feel).

The perspective on the library should be from a first-person perspective looking slightly up at the shelves of books. It should be a combination of the two "Library Perspective Example" attachments. Slightly less vertical than #1, slightly more vertical and with more shelves wrapping around than in #2.

Finally, as in the Illustration Prototype, we would like to include simple representations of several characters and creatures from literary fiction. They should be depicted as if they are freeing themselves from the books. Attachments are provided for each non-ubiquitous character to show basic features and characteristics, but are of course not meant to be copied. Characters can be simplified and done in a style to fit with the rest of the illustration. Any and all can be googled for additional references.

The characters are as follows:
1. Lyra and Iorek from the Golden Compass
2. Matrim Cauthon from the Wheel of Time (it would be good to have him tipping his hat)
3. Dracula, from Dracula
4. The Cheshire Cat, from Alice in Wonderland
5. Vin from Mistborne
6. A Striga, from the Witcher
7. Patronus (in stag form) from Harry Potter
8. Anomander Rake from Malazan Book of the Fallen

Illustration for App
319 €
App
34
entries
14
designer
Create an editorial illustration for a pizza company
349 $US
We support professional development and art culture by hosting workshops and exhibits to designers and professionals aro
98
entries
29
designer graphistes
UR4MORE is looking for an illustration of a custom shield
499 $US
UR4MORE is a startup lifestyle brand dedicated to exposing the truth behind the human spirit. “Flesh and Bone don’t W
95
entries
25
designer graphistes
design sticker attractive for young youth
USD 899
my target audience are young generation and provide new concept to represent the culture we live in. my target costumer
80
entries
28
diseñadores
Rainbow Volcano Graphic
USD 469
We are a transformational coaching company that helps people break through limiting beliefs and step into their ultimate
72
entries
37
diseñadores
PTP - Laptop Sticker Design
469 $US
We help growth companies accelerate innovation through our cloud governance, operations and security services for their
80
entries
22
designer graphistes