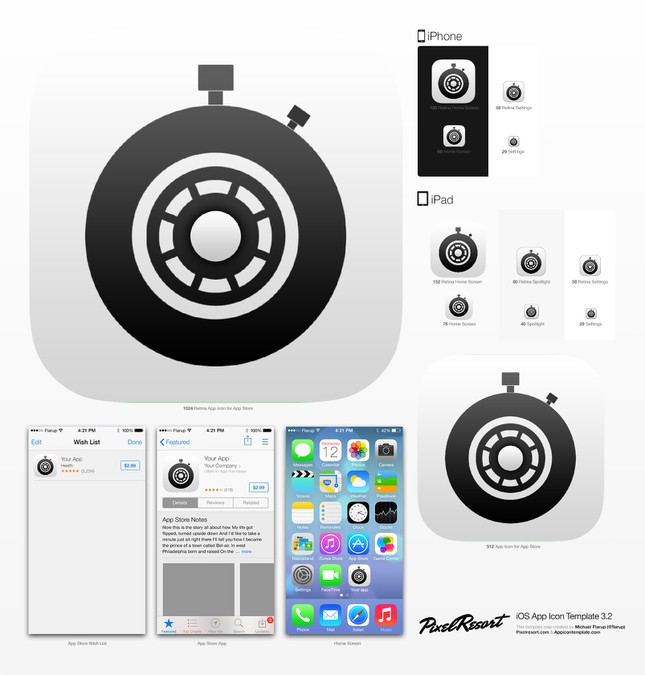 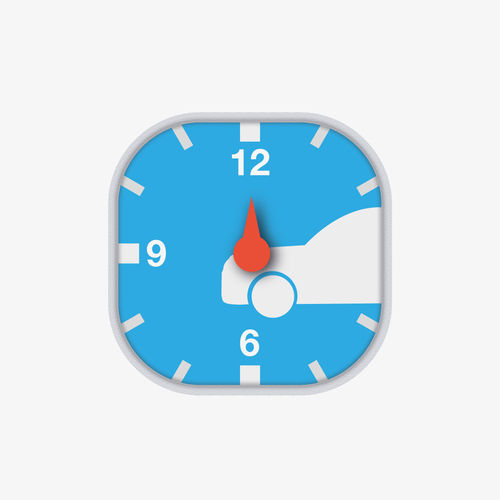 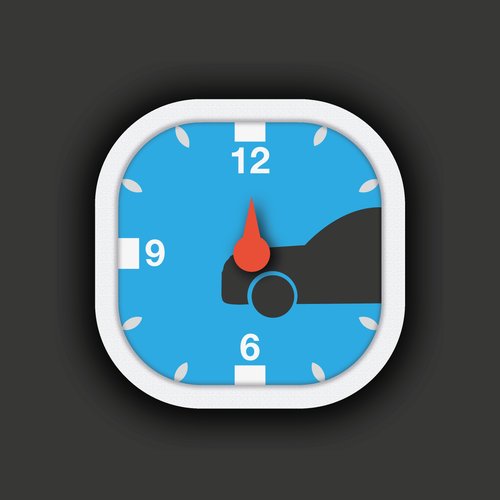 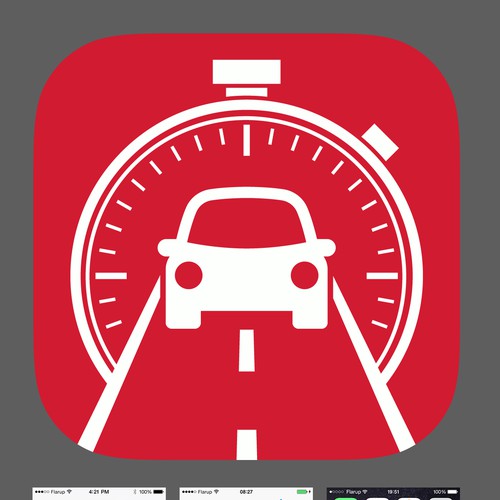 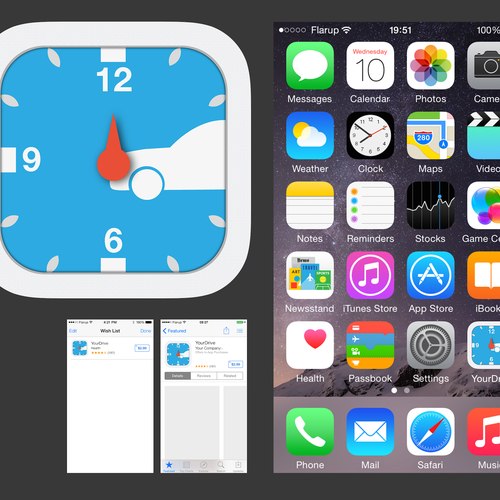 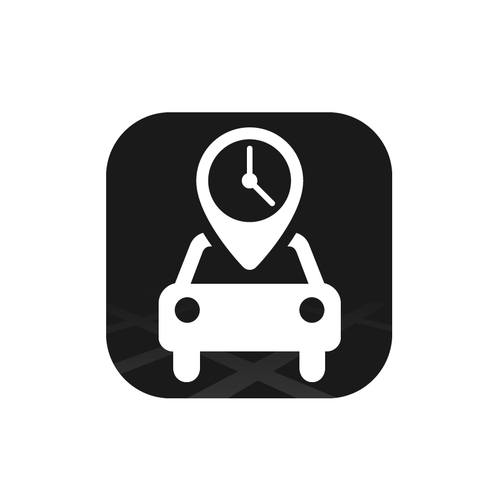 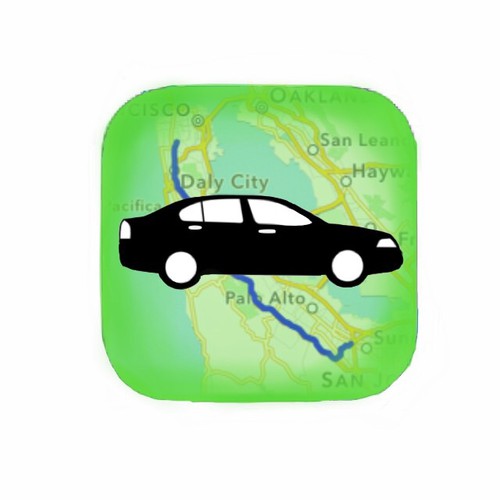 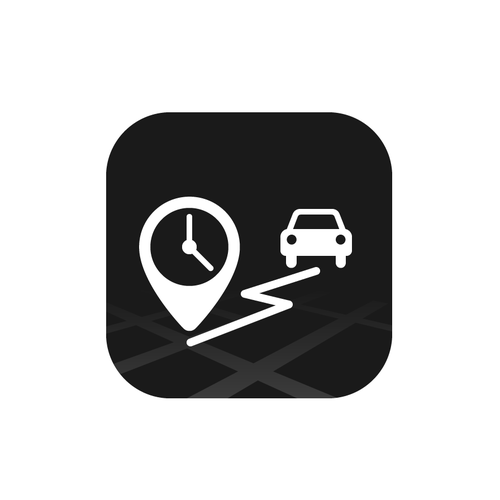 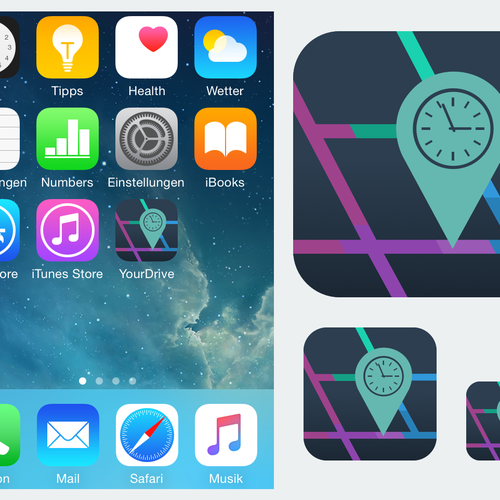 We do iPhone app development and consulting, in addition to creating our own apps for sale on the app store.

I would like an icon designed for my iPhone app. This would be the icon that would launch the app on the user's phone, and appear in the Apple App Store. The app is tentatively named "YourDrive"

Background:
The app is a utility that tracks drives so as to give the user statistics about the drive. Statistics include:

The user can see the statistics being gathered as the trip progresses and once a trip is finished, the statistics for it are stored for later review.

The inspiration came from when I would commute to my previous job. There were a variety of routes I could take, but it was not clear which was the fastest. Specifically, one might feel faster than another, but actually be slower. This app is a way for users like me to measure and quantify trips.

Ideas on icon design:
The ideal icon would probably combine the themes of a car, and time (and perhaps a road). The app's name is not final, so its name should not play a role in the icon design.

I've attached a series of screen shots that I hope indicates how the app works, and gives you a feel for the app's (rather minimal) design.

Erstelle Icons für unsere Stellenangebote - IT2media
€ 269
IT Systemhaus für Verzeichnisverlage in Deutschland
29
entries
6
designers
Icons to Inspire the Learner of the Future: Hillview Middle School's Five Core Skills
$ 599
We are a middle school, and last year we engaged in a process to define what critical traits our students need to develo
41
entries
5
Designer
Redesign Simple App Icon
US$ 199
The app is a reverse phone lookup where you can leave comments. The best example and competitors is Mr. Number or Hiya
245
entries
18
diseñadores
Physionexus - gamified education for physical therapy
US$299
In essence this is a website for physical Therapists. It's designed to be a place to build community & further educatio
11
entries
4
diseñadores
CyberShell a cyber defense company
499 USD
CyberShell is a cyber defense product.
77
entries
27
designer
Design an App Icon for a Revolutionary Social Media App
US$ 199
We are an app that creates photo contests. We are gamifying and monetizing social media. Users upload photos into contes
236
entries
23
diseñadores

Comienza ahora
New Icon design for major Cloud Based research platform
A$399
We are a software development firm that has a suite of products for the market research industry.
40
entries
12
デザイナー数
Icon set for Wellness Booking Software
CA$269
Getbooking is a powerful and sleek booking software for your daily business needs. Save time and get more bookings; le
14
entries
5
デザイナー数
C3S innovative software for printer/copier distributors
EUR 449
The French company Antesis has been creating, developing and marketing a wide range of high quality software solutions d
83
entries
23
Designer
ICON for smart meets heart concept to tie in with existing logo family
US$ 299
We provide smart trip tools to our B2B clients (sites and systems that people use everyday where they may need to travel
25
entries
8
diseñadores
Sports Reporter App Icon to Appeal to Fantasy Football Enthusiasts
299 US$
Sports Reporter is an app, primarily on the Apple App Store for iPhones. The app gives users the ability to create custo
40
entries
7
diseñadores
iOS app icon for attendance tracking app
199 $US
Present is an attendance tracker. Currently what we have is an iOS app that allows teachers, instructors, organizers and
67
entries
21
designer graphistes
Más información sobre diseño de icono o botón
Vea como funciona