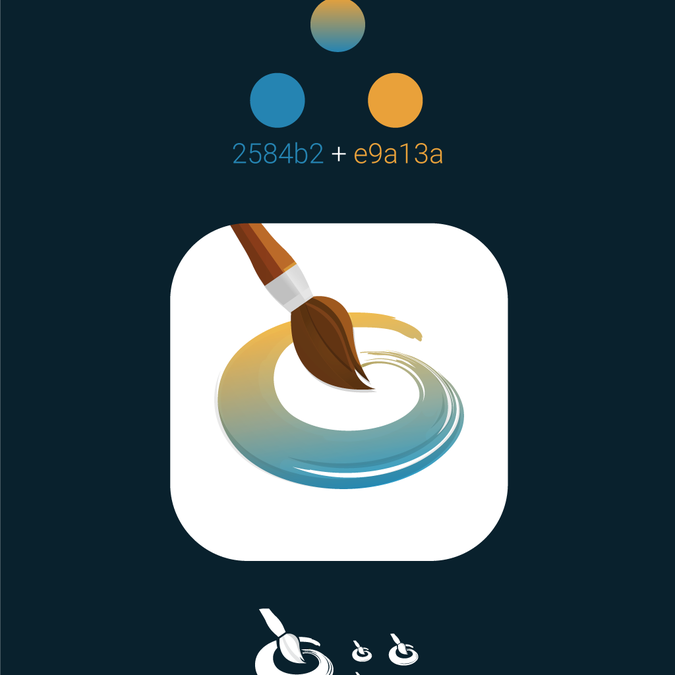 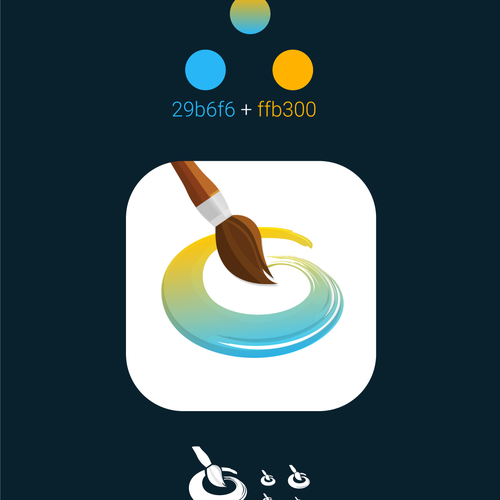 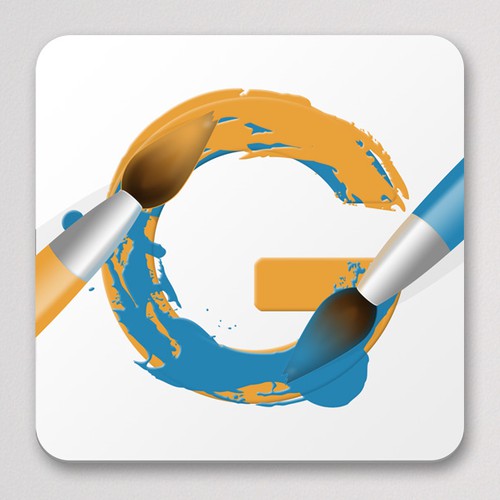 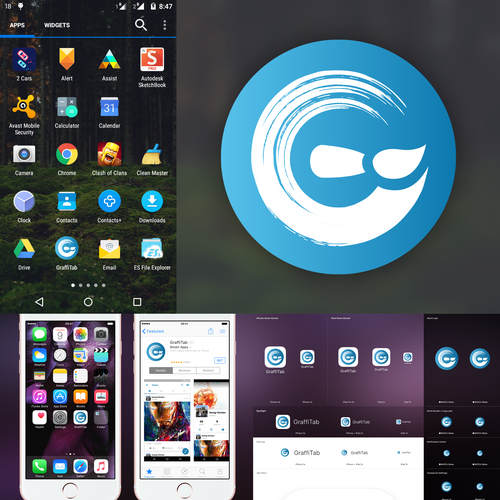 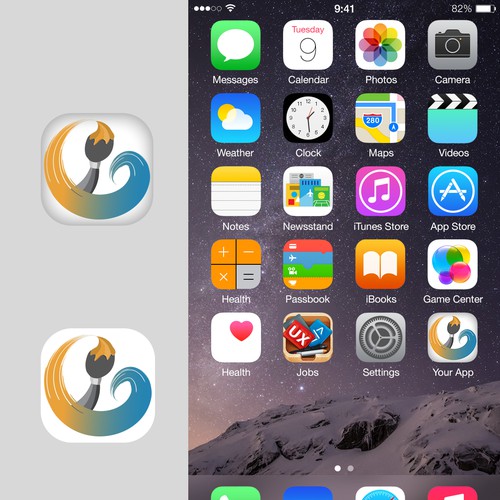 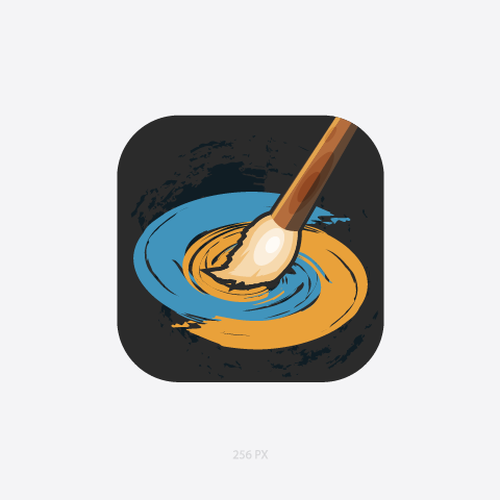 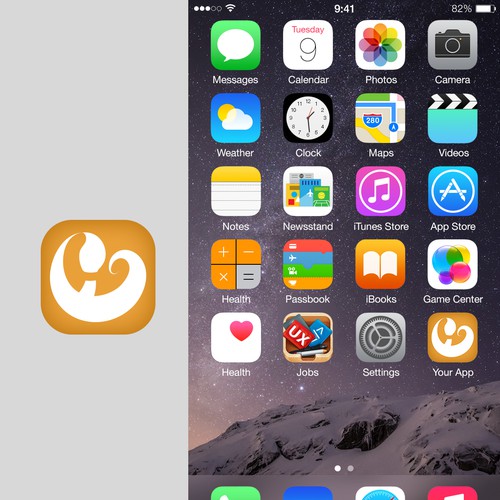 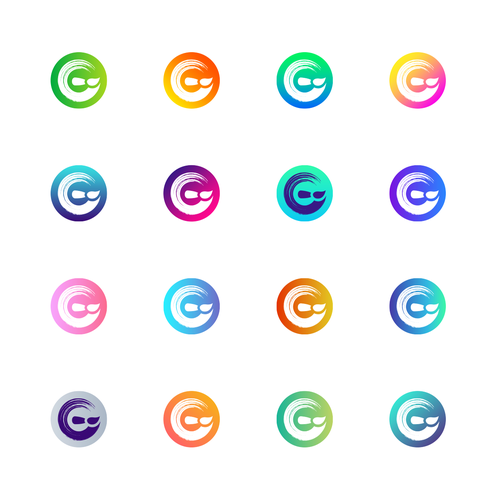 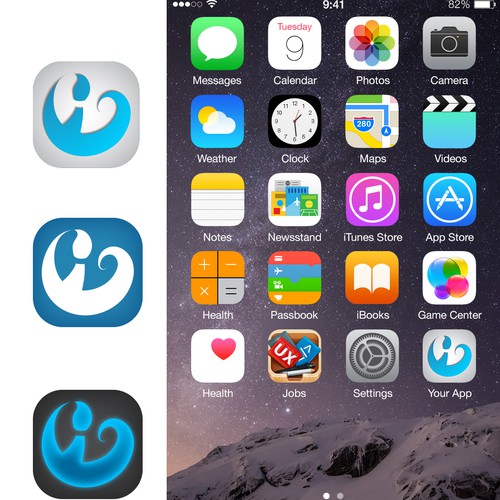 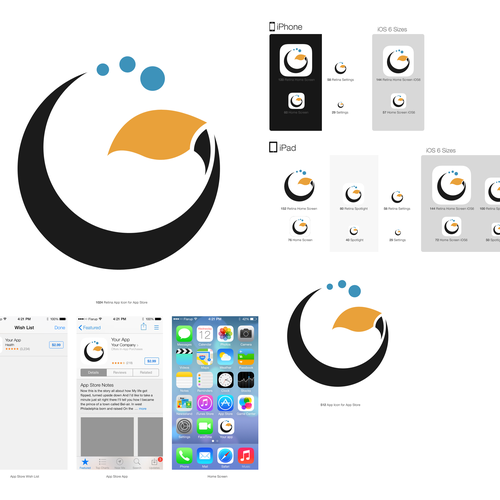 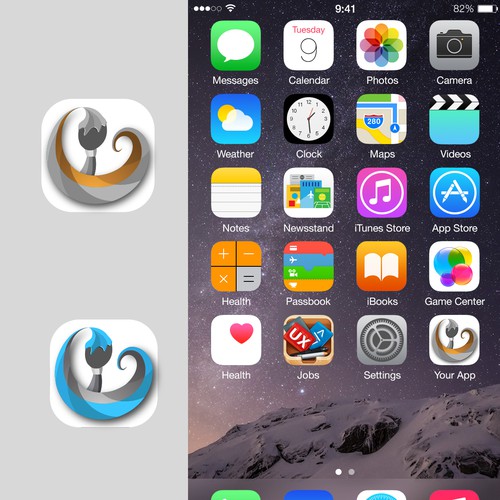 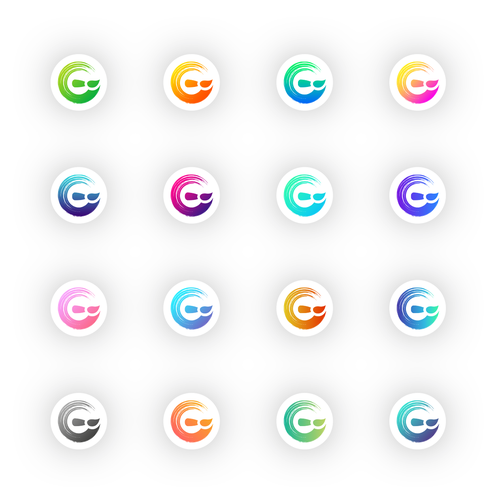 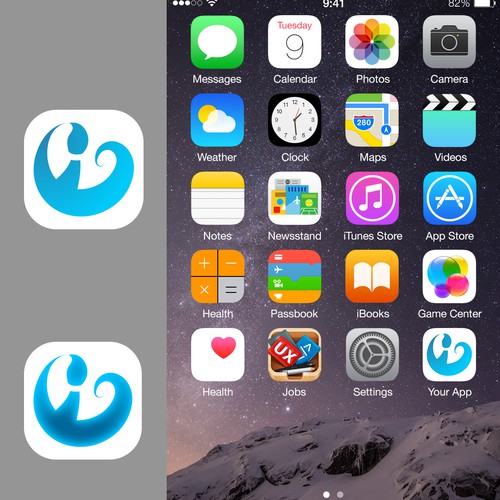 We aim to bring artists and painters together by allowing them to collaborate and draw in real time, as well as to share their work with a global community.

Our product is still in early stages and we're about to release version 1 to the stores with minimal functionality. As with any product, the logo and the branding are very important, so we are open to suggestions and creativity.

Ideally, we would like to start with a simple app icon which makes it clear what the product lets you do - draw, collaborate and share. We are already using some brand colors for the app skin. They are #2584b2, #e9a13a and white. These are open to suggestions too but we hope to preserve a shade of blue as one of the primary colors. Black and white would be okay too, as we are already using some graphics like that (see attached files below).

Having a look around the social networking apps, most have only letters in their icons which could be a nice thing - perhaps the letter G being drawn by a brush. We would like the icon to be related to painting in some way, maybe a few brushes with some strokes, or a color palette.

Another option could be some brushes with a painting behind them but that has to be clear enough to be seen on the small phone/tablet screens.

Our apps already have some initial design. We use the header image for our email templates when users register. It is also part of our login screens.

Attached is the current app icon too which hasn't been changed since it was made.

The app itself is mostly light theme so that the artworks stand out. Personally I'm quite fond of light themes (e.g AirBnb, Twitter, YouTube), so I would like to keep it light :)

Make me a Crypto Currency App Icon - App Name : Coinly
$299
Coinly is the easiest way to buy crypto currency through your debit card via ios app.
118
entries
33
diseñadores
Card Spot App
199 $US
an app providing a list of multiple news feeds providing content that relates to the sports card market. Target audience
119
entries
9
designer graphistes
iOS app icon for attendance tracking app
199 $
Present is an attendance tracker. Currently what we have is an iOS app that allows teachers, instructors, organizers and
67
entries
21
Designer
Looking for 31 attractive icons for our Swiss travel website
450 €
MySwissAlps.com offers help to people from all over the world, who consider visiting Switzerland for their holidays.
86
entries
16
designer graphistes
Icon set for a realtime feedback app
199 US$
We need 5 icons developed for our app called “Ally Assist”, a realtime feedback app for targeted behavior change and res
53
entries
21
designers
APP ICON DESIGN
$ 299
Our company "FSE" is a On Demand Video Hair Education company.
121
entries
21
Designer

Comienza ahora
Design me the next Viral App Icon
599 $US
Snatch is an app that can save any instagram photo or video as well as youtube videos in your iPhone library.
101
entries
25
designer graphistes
We need an inspiring logo/app icon for military inspired fitness app!
EUR 179
We are a fitness app brought to you by Tee Major Fitness and inspired by elite military training with the mission of cha
179
entries
14
diseñadores
Application Icon for Analysis Software; Simple, Clean, Modern
$ 199
Infolytik has developed a product called the Tableau Usage Analyzer - a FREE monitoring tool that tracks concurrent usag
63
entries
15
Designer
Design an Online Course Cover
659 USD
I produce online videos teaching people how to code. My website is http://www.codewithmosh.com
150
entries
27
designer
Icon for iOs App for a very revolutionary App for improving the efficiency of the Beauty Regimen
£ 159
Our iOs App is an app that is targeted mostly for women but also for men. It is like an agenda that keep track of your b
50
entries
13
Designer
Trivver Icon for Product Portal
US$ 299
Trivver is a technology company that offers various tools for advertisers to reach audiences within Augmented, Virtual R
64
entries
19
designers
Más información sobre diseño de icono o botón
Vea como funciona