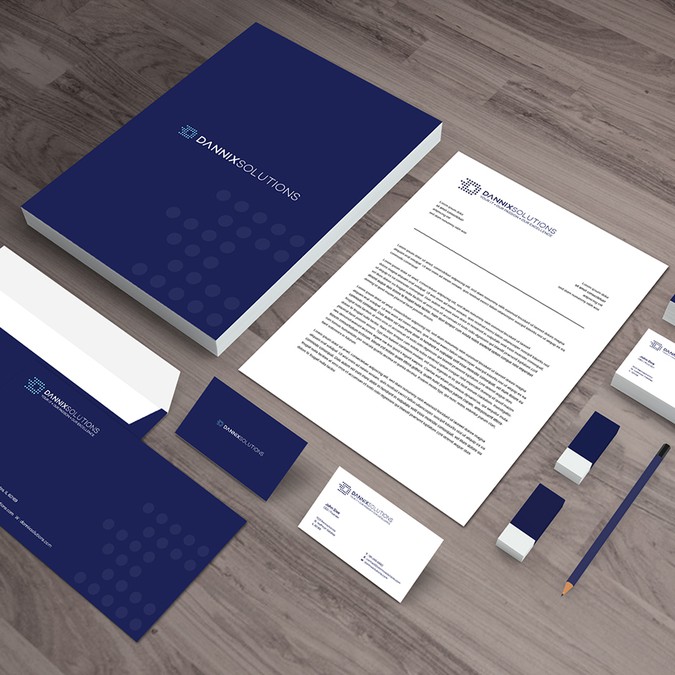 Looking for a simple yet awesome logo for my IT consultancy, Dannix Solutions Ltd 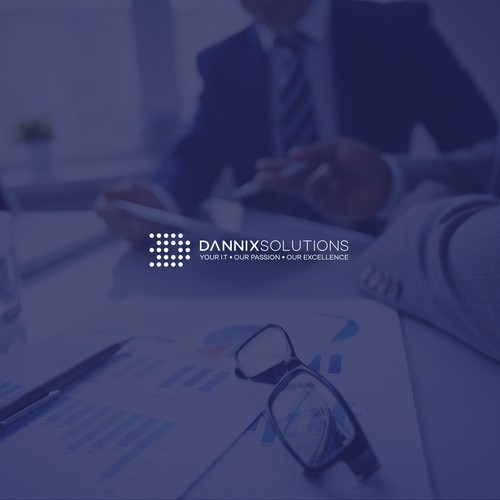 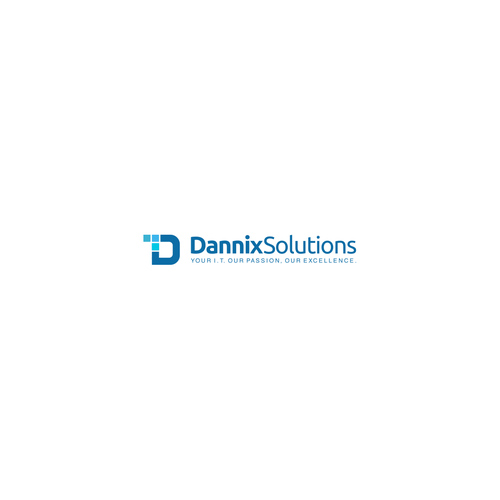 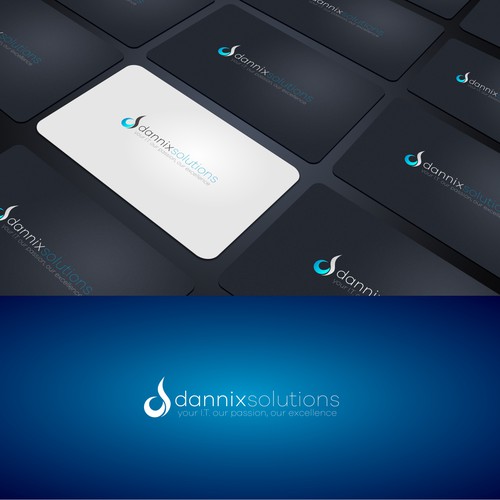 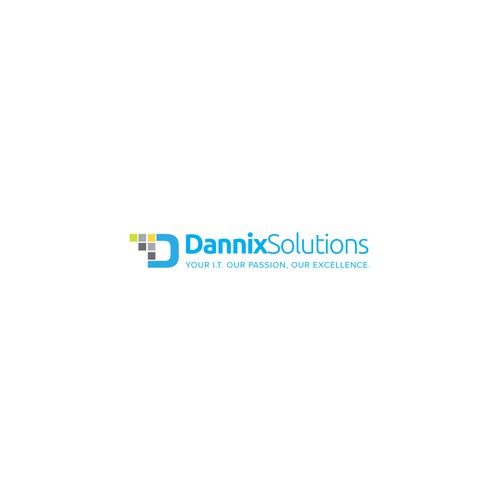 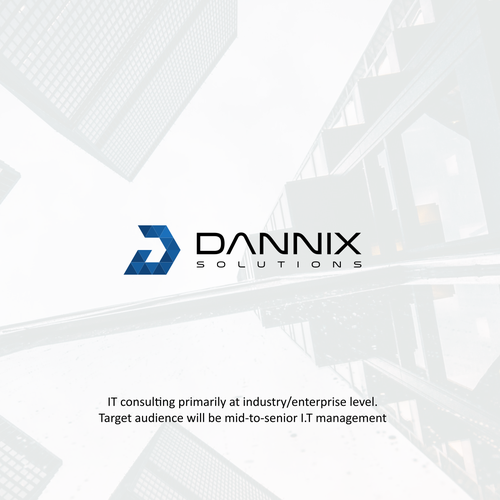 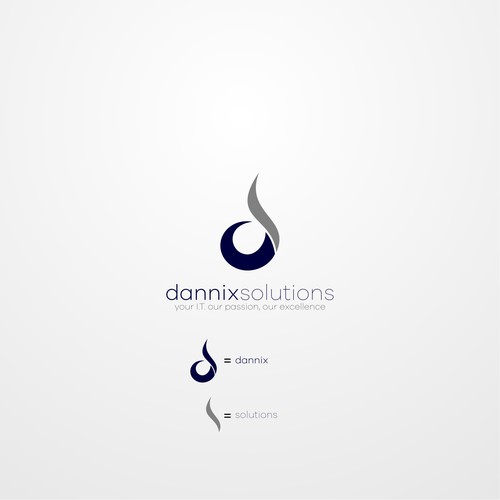 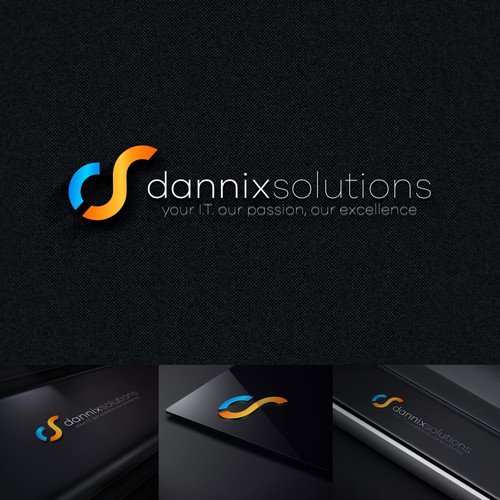 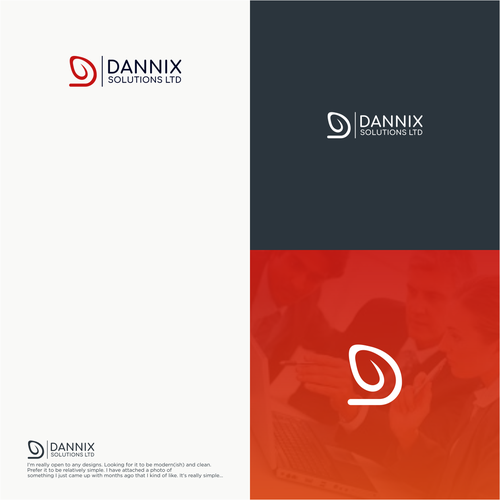 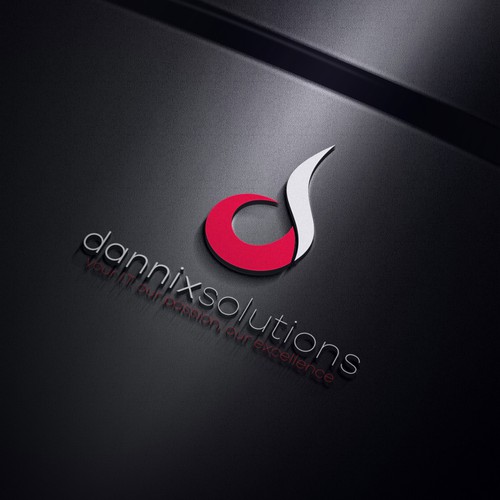 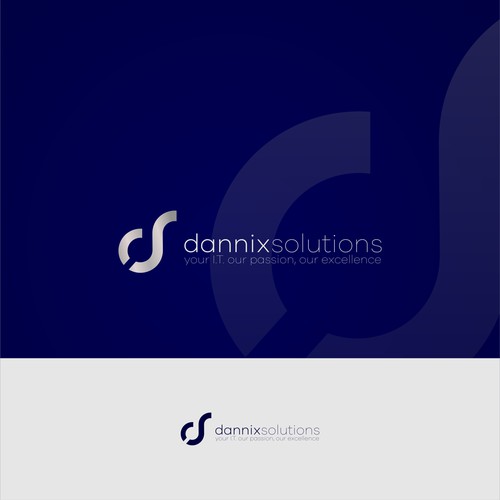 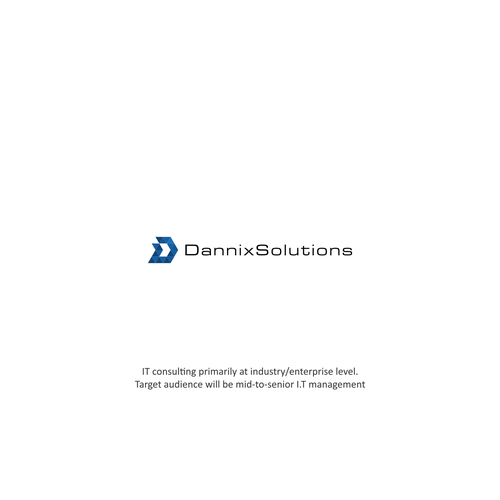 Your I.T. Our passion, our excellence.

IT consulting primarily at industry/enterprise level.
Target audience will be mid-to-senior I.T management

I'm really open to any designs. Looking for it to be modern(ish) and clean. Prefer it to be relatively simple. I have attached a photo of something I just came up with months ago that I kind of like. It's really simple... primarily because I'm rubbish at designing my own logo (hence using this site). Your logo doesn't have to be like this or look like this, I'm really, really open to suggestions and ideas but I thought I would include it anyway as it might help, it might not. I do think I lean towards a darkish blue (similar or same as in the attached image) but also interested to see alternate colours (perhaps red?)

Would like the slogan not to be intertwined with the logo so that it can easily be removed/omitted as required.

UPDATE: 4th July (17:30 BST (UK Time))
When asked what I want in a logo, well, it's really difficult because if I knew I would have probably tried to design it myself.
Unfortunately a lot of what I like and don't like I really only came to know after a few days of the contest where I could see all of the designs that came in and start to consider what designs I liked and which ones I liked less and to try and understand the commonalities of those. I've done that now and so I've tried to put together two lists below. A list of LIKES and a list of LIKE NOT SO MUCH. I hope this helps in the final day of the contest.
I am really sorry in that with the number of entries it's impractical to be able to respond to everyone individually. If I have declined your design there's a good chance the reason might be contained in the two lists below.

Things I LIKE A LOT are listed below... please don't think you _must_ use any/all of these, but these are just general thoughts I have about what I like:

* The impression of movement or projection up or to the right, or both
* A simple symbol to go along with the text. I like some of the use of shadows and colours and I would keep encouraging these in designs. I also like the idea of the logo being simple (or at least medium simple) enough whereby I could doodle/draw it by hand from memory.
* I've not really liked too many that include green. I'm definitely preferring blues and reds.
* I'm not fussy as to whether my text is in caps ("DANNIX SOLUTIONS LTD"), or whether it's just initcaps ("Dannix Solutions Ltd") or whether it's ALL in lowercase ("dannix solutions"). Please feel free to experiement.
* The "LTD" in "Dannix Solutions Ltd" is optional in the logo. It can appear, but it doesn't have to.

Things I LIKE NOT SO MUCH are listed below... if you think you've a great idea but it's listed below please still submit it anyway, but the list below is a general listing I've come up with after looking at 1000+ designs:

* Animals in the logo. Some cool logos to be honest but not something I think suits me or my consultancy.
* The "D" and the "S" in "Dannix Solutions" combined together to make a squigley logo that reminds me a bit of a super-hero (think SuperMan) logo.
* Script/old-style/calligraphy type font
* Too simple with simply text or text underlined or perhaps in a box. I do want simple but equally I would like some kind of picture/symbol element or elements.
* Turning the X in "Dannix" in to something like a star or arrow or swoosh but meaning the first impression of the log is "Danni" with some trailing symbol. I need the icon to immediately portray "Dannix", not "Danni".
* There have been a few logos including a light bulb shape or similar. Again, cool logos, just not for me.
* I'm keeping an open mind on this one but haven't been too keen on logos that include electronic circuit board type lines/circles
* Haven't been too keen on those that have an arch/arc, for example, connection the D to the I in "Dannix". Same for shooting stars. Again, keeping an open mind but yeah, haven't been too keen on the swoosh/arch/arc.
* Way too simple.
* Complex logos
* Multiple thin(ish) lines close to each other making my eyes go a bit funny when I look at it

New Colorado = Security Logo
$ 599
Colorado = Security is the home for all things information/cyber security in Colorado. It's your place to connect with t
170
entries
45
Designer
Information security company looking for a professional design
EUR 1,599
BlackFox is an information security company doing intellectual property protection, information security assessments and
212
entries
71
diseñadores
Logo design for "NEXUBA"
US$ 899
We provide Digital SaaS platform to Enterprises to manage all their People Operations. I have attached a ppt about us, i
153
entries
44
designers
Fresh Clean Out of the Box Logo and look for our IT service company
US$ 599
We are an MSP, we provide tech support services and products for our clients. Looking for something fresh, creative, co
203
entries
32
diseñadores
The easy way to build user notifications needs a logo
US$ 399
Every business application needs a notification center to notify its users of important activity in the system. For exam
129
entries
40
diseñadores
Mythic - legendary beasts, gods, and weapons for an open source, offensive tool
US$ 299
Mythic is a customizable, open source, command and control framework that allows users to champion their custom agents (
94
entries
19
designers