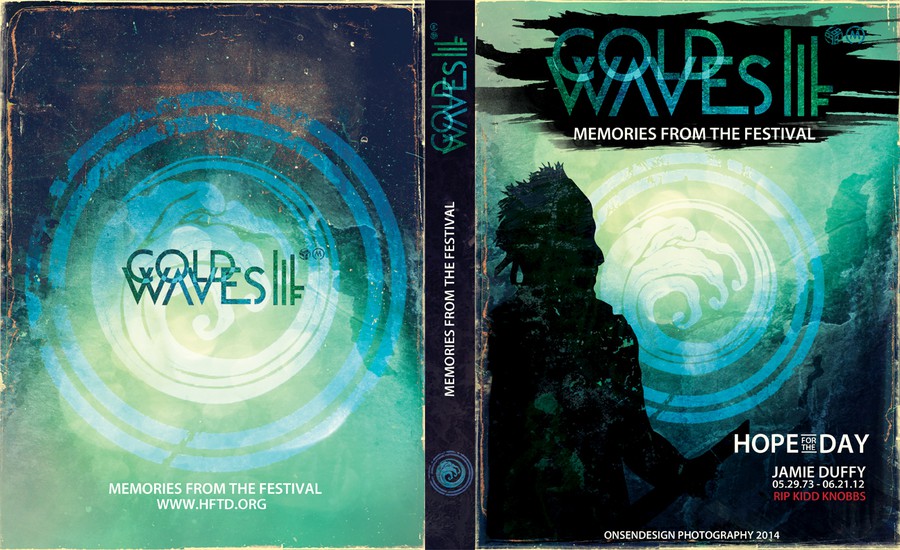 Create a photo book cover design to help raise funds for a charity! 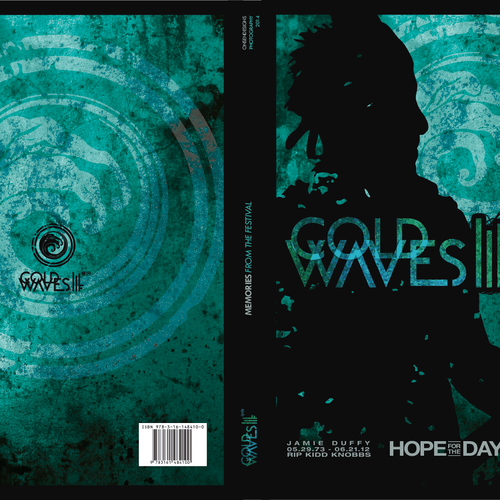 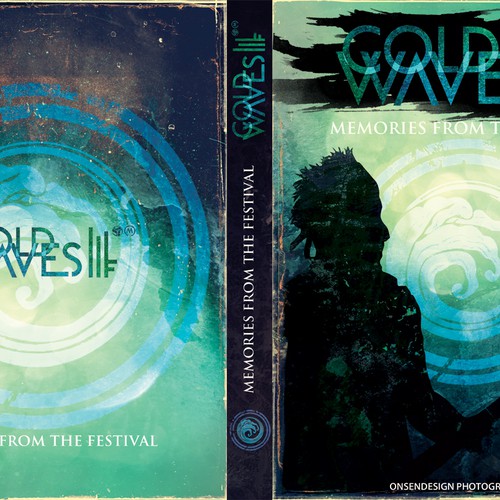 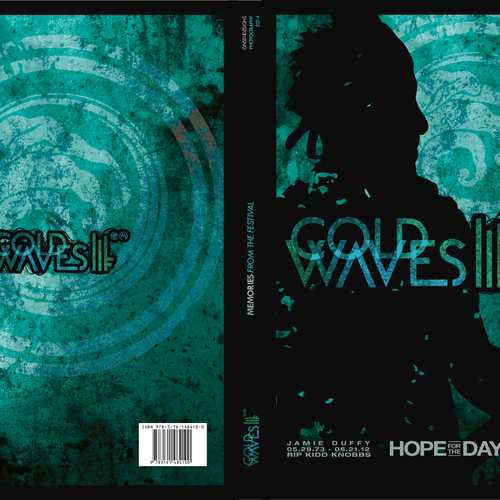 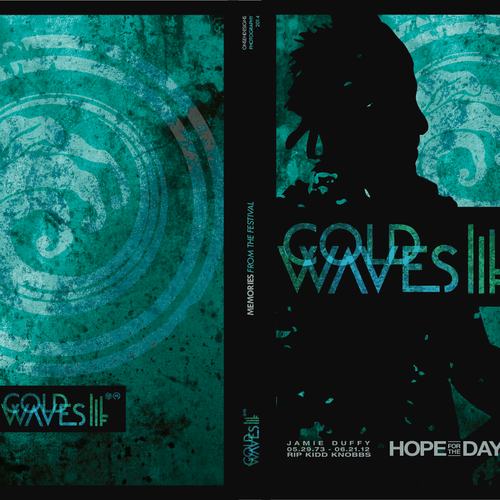 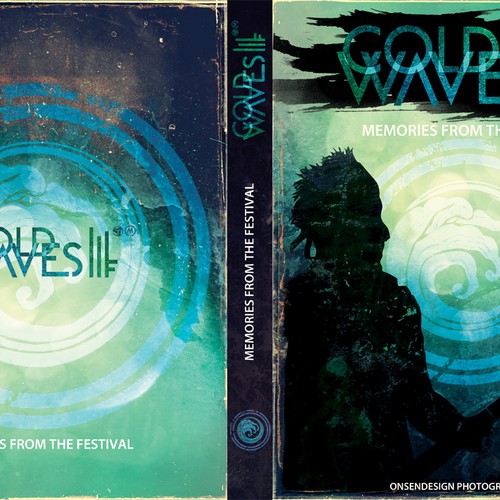 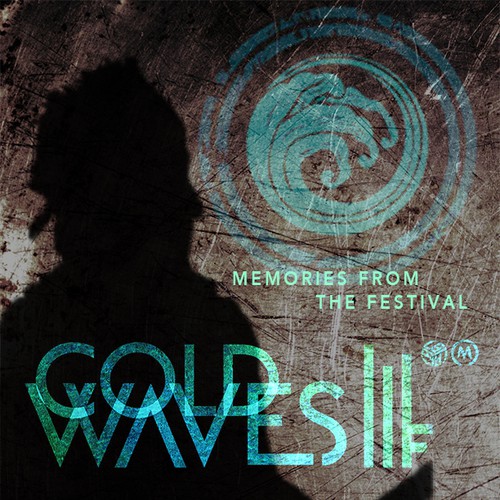 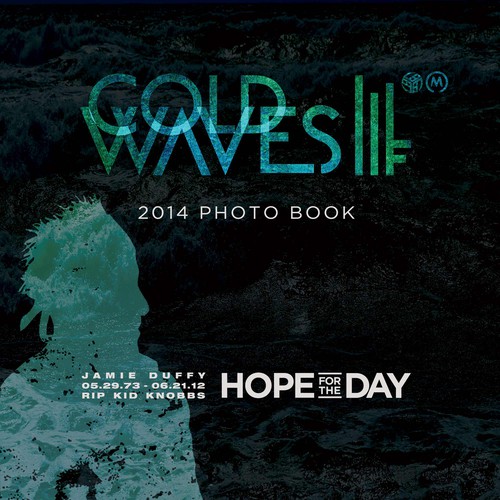 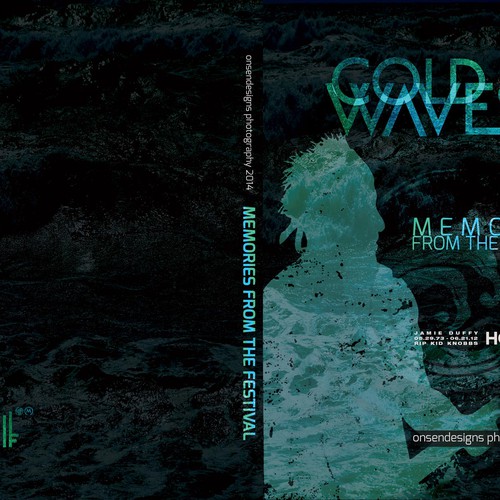 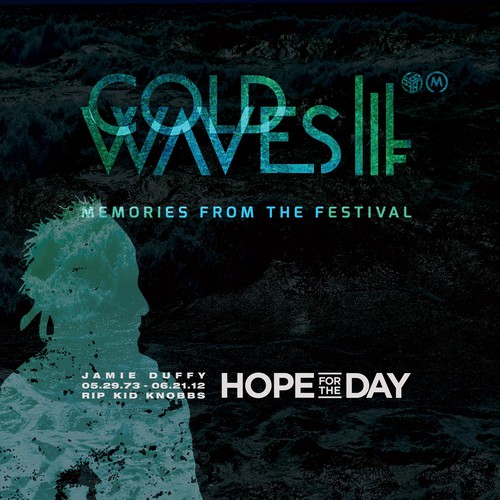 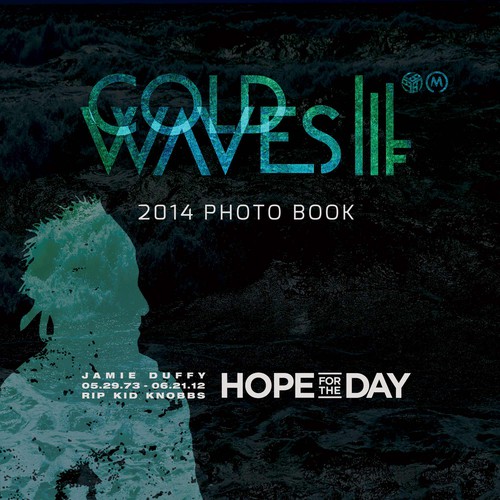 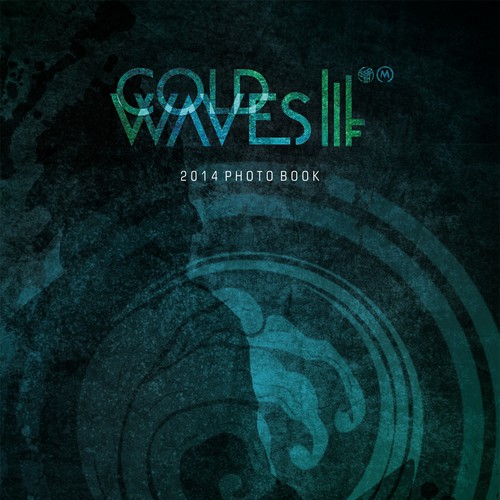 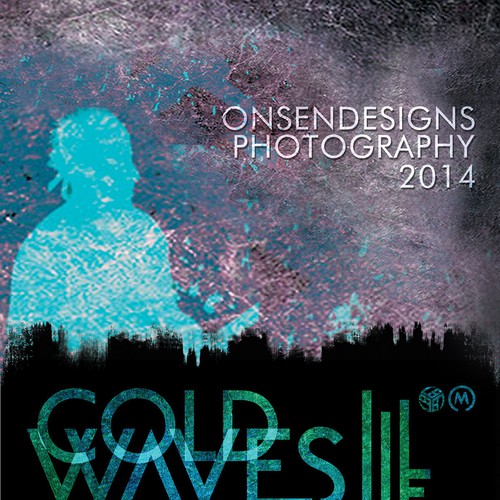 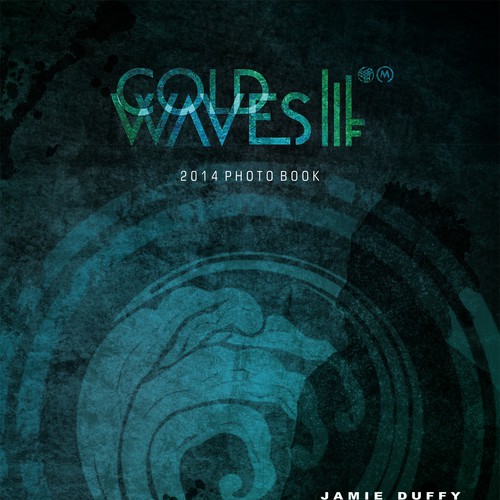 Last fall (2014) I photographed a music festival (Cold Waves 3) that was raising money and awareness for a suicide prevention foundation called Hope for the day (http://www.hftd.org)
I decided to put together a photo book with images taken at that festival in an effort to promote and raise money for the foundation.
For that cause, I need a book cover created for the photo book I am putting together.

Attached is a zip file with some images I would like to be used in the final product. The images attached were from other promotional material used before the festival, and I would like to continue the "feel" to the photo book cover. Please use the provided material as a guide to color schemes and styles.

The photo book will be a 8.5"x11" in portrait orientation. Please allow .125" bleed outside of the edge of the border (for printing purposes).
300dpi or higher preferred. JPG accepted, PSD file preferred.
Also provide a second image of just the background. This will be used as the back of the book.

Elements of the cover page:
TITLE: Use image "text01.zip" as the title.
SUB TITLE: Under the main title add the text "Memories from the festival" in a smaller font size and using the secondary font. (secondary font- look through the provided banners and flyers to get an idea what font matches the secondary font on those)

BACKGROUND: Use image "banner04.jpg" as a guide. I would like something similar as the background spanning the entire page. (I would need this full image on it;s own as it will be used as the book back page)

INCLUDED IMAGES: Somewhere on the page (maybe the bottom portion??) I would like to have something similar to "banner04.jpg". I would like the text and the "rocker guy" placed on the cover in a similar fashion. Image "rocker01.jpg" has a higher resolution version of the rocker guy that could be extracted and used on the cover

The text "ONSENDESIGNS PHOTOGRAPHY 2014" should also appear on the cover somewhere.

Comienza ahora
Create an inspiring book cover for a new photography book for beginners
£ 189
We provide online photography courses and workshops. As well as running photography tours and expeditions. Our target...
115
entries
17
designer
Help me 'lift off' promoting my new Drone business
£1,399
Update 04/03/19 Thanks so much for the excellent designs I have received so far, truly awesome :) Sorry for my lack of r
219
entries
51
designers
Design a photo book cover for trips to New York
269 €
Customers and businesses can create an online album with their photos and videos. After creation they can order the albu
80
entries
31
designer
Photo and technology based service.
$ 299
We provide drone based solutions for photo, mapping, and visual inspections.
44
entries
12
Designer
Logo For Animode, Nature Photography
$499
We are wildlife photographers. We are based in Costa Rica. Our web page is: www.animode.net We want to have a logo fo
90
entries
41
designers
Design logo for authentic documentary-style video production company
$399
Freelance cinematographer/video editor focusing on authentic documentary-style storytelling.
57
entries
23
designers
Más información sobre diseño de portada de libro o revista
Vea como funciona