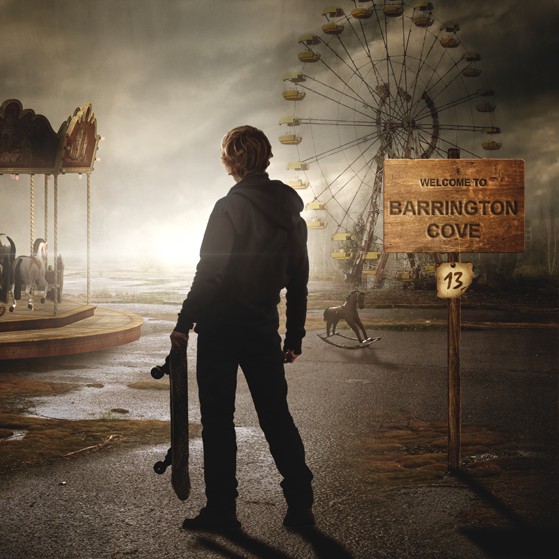 All-Age Murder-Mystery Series – We need your creativity! Create a book cover for a Murder Mysterie 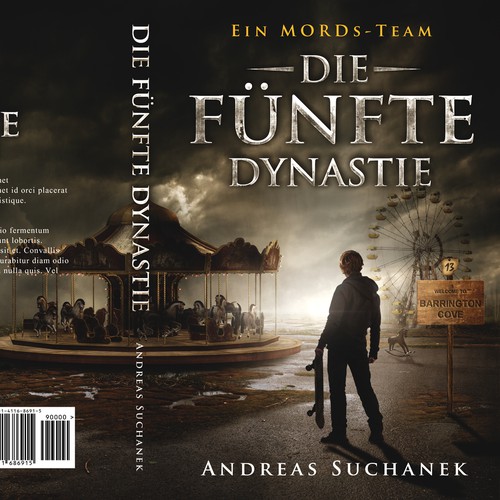 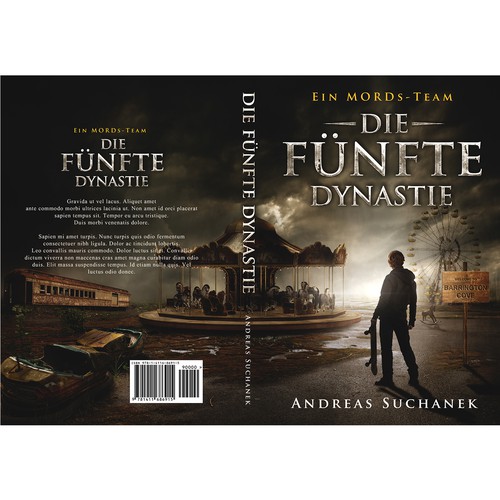 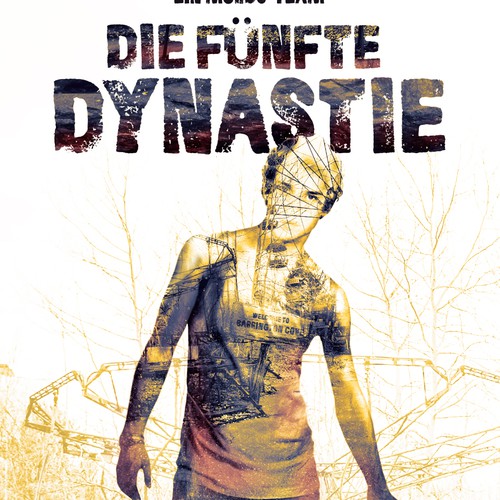 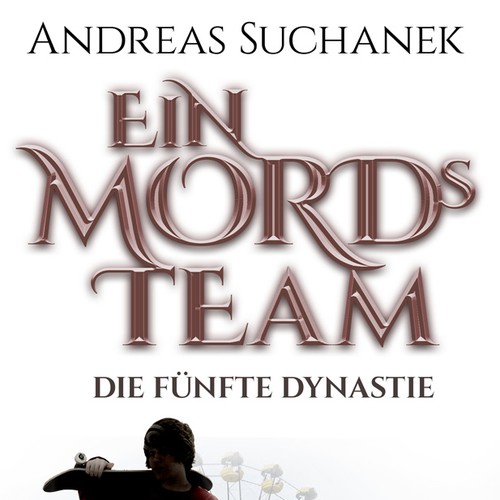 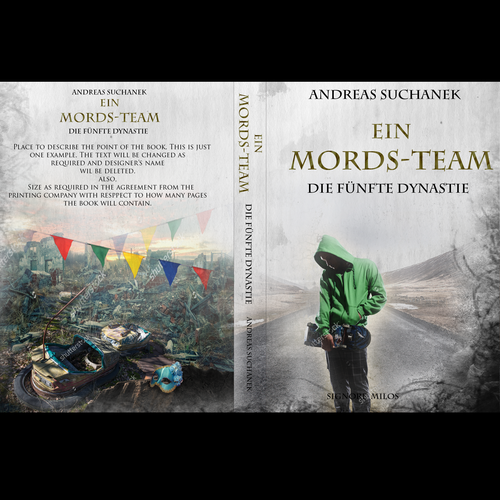 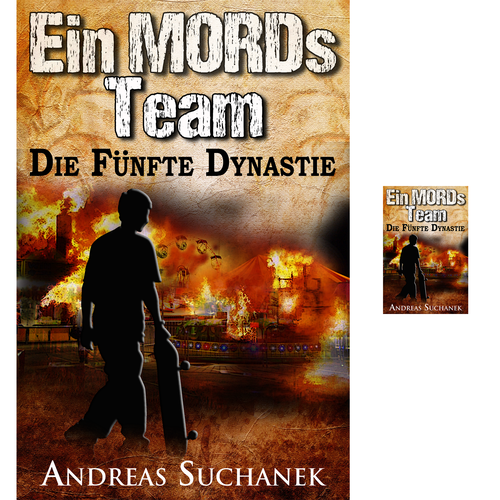 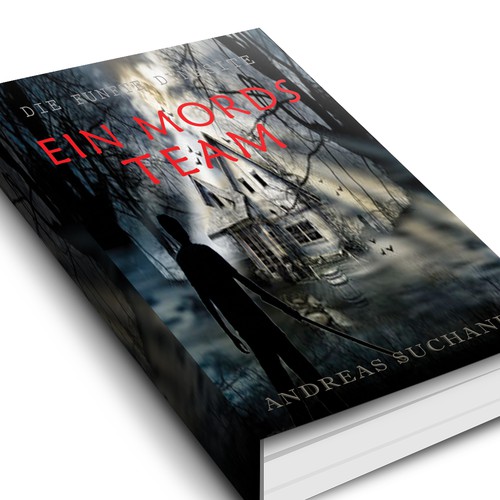 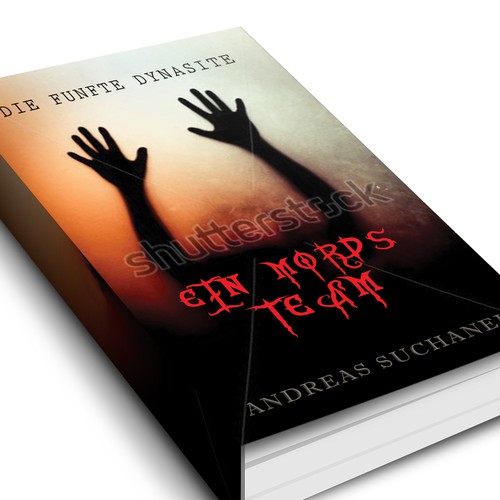 The Greenlight Press is a german publisher. We are specialized in phantastic- and crime-book-series. More: http://www.greenlight-press.de (german)

We need a new Cover for an all-age murder-mystery series. There is one new Volume per month. After twelve volumes there is a break of a few month. In addition to the new covers, the old ones need to be make new (12 Volumes are already available). So the winner of this competition gets all the new Covers and the old ones for redsign. 2 per Month.

Now to the first Cover:
You can look too the Covers in the attachement (Young Sherlock Holmes). We want a similar design (but of cource, it should be his own touch, not a copy).

- Titel: Ein MORDs-Team (name of the series), Die fünfte Dynastie (name of Volume 13) von Andreas Suchanek (name of the author)
This means: A Murderes-Team: The 5th dynastie by Andreas Suchanek
- There should be a new font for the series, which is atmospheric (with a texture would be perfect). Not to much crime. More murder mystery, riddle and atmosphere. This is an important part.
- In the back there should be a vintage carneval which is mostly destroyed by a fire (in 1985, but at the time it was destroyed it already was vintage.)
- In the front there should be a boy (17 year old) which is holding a skateboard, but !!!!!! it should be only a shadow-figure. Not in detail. He looks like the boy in the attachement.
- And somewhere in the Cover should be an old woden plate on which is the text: Welcome to Barrington Cove (yes, in english).

General Informations:
At the end of the contest, we need from the winner the photoshop-file, the E-Book-Cover as jpg (300dpi) and the used font. This will also be printed, so we need a cover with front and back in adition (psd-File).

Informations of the Cover in general:
On every new cover, the light should change. Also the scene in the back and the shadow-figure and the item which the figure holds.

I lookin forward to great designs and in the end a new designer, which will join the series.

We answer all questions as fast as we can.

NEED A LOGO THAT IS A FUN YOUNGER VERSION OF OUR EXISTING LOGO for online branding AND apparel use
US$500
We are a content production house/studio and this is our logo for it. Our creators are edgy and have a younger audience
208
entries
31
diseñadores
Logo for wall display company
€ 269
Our website is: www.streetcommunication.com Street Communication propose 2 types of services: 1. Street Co’ is you
25
entries
6
designers
Design first-ever Eco Bible book cover
US$ 500
We intend this book to be bought and read by Christian readers as well as Jewish and secular ones. Most readers of the b
223
entries
32
designers
Western Landscape for cover of trippy novel.
US$ 549
Students, teachers, activists, hippies, armchair sociologists, veterans, stoners, coastal elites, outdoor types, dropout
57
entries
13
designers
Contemporary Romance cover
399 $US
Readers who like contemporary romance with young professional characters engaged in timely events
44
entries
12
designer graphistes
Creative Book Cover for a Female Dating and Relationships Title
$199
Women reading this book are usually younger and they’ve just been through a breakup. They don’t know how to collect the
150
entries
24
デザイナー数